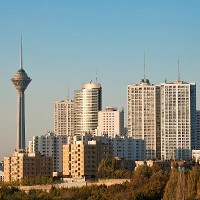 In addition, Kabat gave a lecture at the Academy of Sciences of Iran on the “Principles and Benefits of Systems Science: The Case of the International Institute for Applied Systems Analysis.”

Partners on these studies include scientists from the International Institute of Earthquake Engineering and Seismology, the Ramin Agricultural and Natural Resources University, and the University of Tehran.