A IIASA delegation visited the United States to strengthen relationships with leading academics, the US Committee for IIASA, and government officials as well as raise the profile of the Institute’s international systems science and science diplomacy. 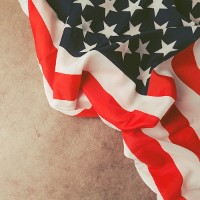 The United States is a founding member of IIASA and its membership rests on three main pillars:

During the official visit, relationships were enhanced between IIASA and OSTP, via several bilateral discussions with, among others John Holdren, Director of OSTP, Assistant to President Obama for Science and Technology, and IIASA alumni, and Steve Fetter, Head of OSTP’s National Security and International Affairs Division. The IIASA delegation was also present at the roll-out of President Obama’s 2017 Budget on 9 February 2016, when John Holdren announced the range of priorities for research and development.  These included significant investments in fundamental research, clean energy R & D, and climate science all areas of core IIASA research. France Córdova, Director of NSF also presented the NSF budget during this event.

IIASA also helps its member countries’ develop multilateral scientific relationships and so contribute to their science diplomacy activities. The value of such past and future activities were demonstrated to a range of bureaus in the US Department of State including constructive discussions with Dr. Vaughan Turekian Science and Technology Adviser to the Secretary of State. Kabat was also delighted to participate in a reception to promote science diplomacy at the newly opened Cuban Embassy in Washington on 10 February.

In follow up discussions, Kabat, Turekian, and Sir Peter Gluckman, Chief Science Advisor to the New Zealand Prime Minister agreed that IIASA, in collaboration with the Fletcher School will host the first meeting and workshop for science advisors to foreign ministries in late 2016.

Meetings with the US Department of State also included discussions with Admiral Robert Papp, the State Department’s Special Representative for the Arctic about IIASA’s Arctic Futures Initiative (AFI). This initiative was also extensively discussed with Ambassador Mark Brzezinski, Executive Director of US Arctic Executive Steering Committee and Julie Gourley, Senior Arctic Official at the US Department of State. US parties expressed their broad support for the IIASA coordinated AFI and their determination to work further with IIASA on this.

At NSF, the IIASA delegation met with Rebecca Keiser, Head, NSF Office of International Science and Engineering and Cassandra Dudka, Program Manager, NSF OISE. IIASA is also an official partner in the Belmont Forum in which the NSF is a member, and follow-up discussions were held with Maria Uhle, Program Director at NSF for GEO International Activities on the design of the collaborative project—the International School of Excellence.

Meetings with the American Association for the Advancement of Science (AAAS) included discussions with Geraldine Richmond, President of AAAS, and Rush Holt, CEO of AAAS and former Congressman. Officials from AAAS and IIASA agreed to explore the development of a joint global science and policy fellowship program, building on the successful model of the AAAS Science and Technology Policy Fellowships (STPF), begun in 1973, and the recent USAID-ASEAN science and technology fellowship program.

Kabat also participated in the AAAS Past Presidents’ Reception and Dinner, where he was able to discuss IIASA with past presidents of AAAS including Nina Fedoroff, Jim McCarthy, and John Holdren. Finally, a working meeting was held between Kabat and Marcia McNutt, Editor in Chief  of Science magazine, and incoming President of the National Academies of Sciences. 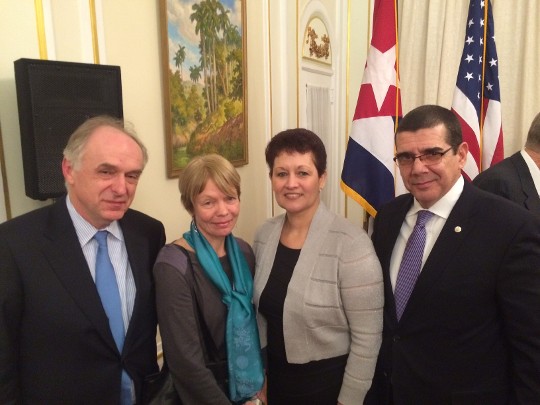 IIASA’s latest research was also publicly presented at events preceding and during the AAAS 2016 Annual Meeting.  These included a symposium on International Scientific Cooperation for Global Sustainability and a range of events at the AAAS meeting which this year focused on the crucial importance of global science engagement.

Making connections at the AAAS Conference