The International Institute for Applied Systems Analysis (IIASA) announced today that the United Kingdom (UK) has become its newest member country. The UK has joined 22 other countries that guide and support IIASA’s research into the critical issues of global environmental, economic, technological, and social change that we face in the twenty-first century. 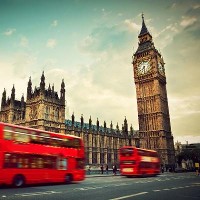 Three UK research councils, the Economic and Social Research Council (ESRC), the Engineering and Physical Sciences Research Council (EPSRC), and the Natural Environment Research Council (NERC) now jointly represent the UK membership of IIASA. They are establishing a UK National Member Organization of IIASA to include representatives from UK universities, learned societies, government and the private sector in order to develop activities in multiple areas between IIASA and the UK.

Welcoming the announcement in a speech on UK science and innovation at the University of Sheffield today, the UK Minister for Universities and Science Jo Johnson said: “Membership of IIASA is a further boost to our international collaborations and will enable UK researchers to work with world-leading data experts and access new knowledge to help tackle critical issues of global change.”

IIASA’s interdisciplinary research focuses on finding solutions to the complex, interconnected global problems confronting humanity ranging from achieving global food security to transitioning to sustainable energy systems. Underpinning these studies is big data and systems analysis—one of the few research tools with the breadth and depth to explore complex problems across multiple sectors, countries, and timeframes.

IIASA was established in 1972 as an independent international research organization based in Austria. The Institute has more than 300 in-resident research staff and almost 2,500 research affiliates from more than 65 nations. The researchers cover a wide range of disciplines including mathematics, environmental sciences, economics and social science.

IIASA Director General and CEO Prof. Dr. Pavel Kabat welcomed the new membership, saying: “We are delighted that the UK, a world leader in science, has joined IIASA. Although significant collaboration already exists between IIASA and UK researchers,  membership facilitates greater research cooperation, not just between IIASA and UK researchers but with researchers from all of IIASA’s member countries ranging from China to Germany to Japan to the USA, resulting in even higher-quality research output on all sides.”

The ESRC, EPSRC and NERC conducted a rigorous analysis of the value of IIASA membership to the UK between September 2014 and May 2015. This included a site visit in December 2014 by a panel of experts (see photo) led by Professor Sir Mark Walport, UK Government Chief Scientific Adviser. “The panel was impressed with the quality of IIASA research and saw value, among others, in joining in order to develop UK capacity in integrated assessment modelling—something that IIASA has considerable expertise in,” Walport commented. Integrated assessment modelling is a type of scientific modelling that integrates knowledge from multiple areas into a single framework to generate useful information for policy making.

Welcoming the UK’s membership to IIASA, State Secretary Harald Mahrer from Austria’s Federal Ministry of Science, Research and Economy said: "We are proud to host such an internationally renowned research institution like IIASA in Austria. I am glad that the UK, one of the global innovation leaders, decided to join IIASA. I am certain that the enhanced cooperation with top UK-researchers working at IIASA will further boost the internationalization of innovation systems in Austria, the UK and all other IIASA member countries."

IIASA also has over 40 years’ experience in science diplomacy. Membership of IIASA provides opportunities for the UK to broker new international scientific partnerships not just with traditional partner countries such as Europe, Japan, and the USA, but also with high-growth and emerging economies including Brazil, China, India, Indonesia, Mexico, and South Africa—all members of IIASA. “As the world becomes increasingly globalized and interconnected, there is a growing need for scientists from different countries to work together to achieve consensus on balancing the desires of humanity with the demands on the environment, and for science to become a more important component of diplomacy and foreign relations is greater than ever,” explained the Chief Executive of NERC, Professor Duncan Wingham, who will represent the UK on IIASA’s governing Council.

Past Collaborations between IIASA and the UK

Since 2006, IIASA researchers have collaborated with 57 research partners in the UK including the Government Office for Science, the Met Office and Oxford University. These research collaborations have ranged from enhancing UK expertise in developing and applying integrated assessment models to analyzing how to feed a future global population of 9 billion. These activities have also resulted in over 180 peer-reviewed publications.

FURTHER INFORMATION ON RECENT ACTIVITIES BETWEEN IIASA AND THE UK 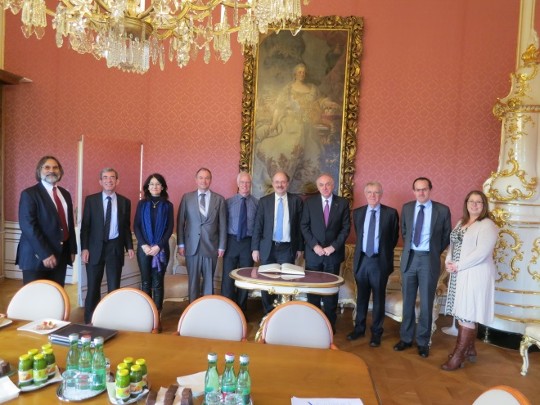 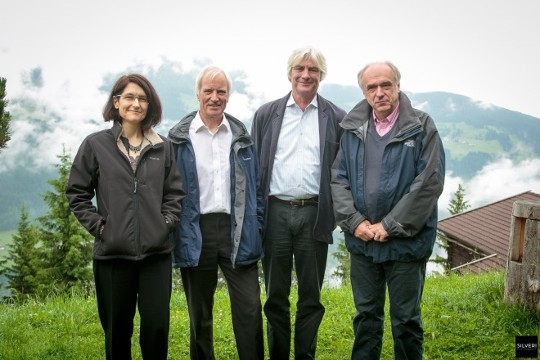 About IIASA
IIASA is an international scientific institute that conducts research into the critical issues of global environmental, economic, technological, and social change that we face in the twenty-first century. Our findings provide valuable options to policy makers to shape the future of our changing world. IIASA is independent and funded by scientific institutions in Africa, the Americas, Asia, Europe, and Oceania. previous.iiasa.ac.at

About the Economic and Social Research Council (ESRC)

The Economic and Social Research Council (ESRC) is the UK’s largest funder of research on the social and economic questions facing us today. It supports the development and training of the UK’s future social scientists and also funds major studies that provide the infrastructure for research. ESRC-funded research informs policymakers and practitioners and helps make businesses, voluntary bodies and other organisations more effective. The ESRC also works collaboratively with six other UK research councils and Innovate UK to fund cross-disciplinary research and innovation addressing major societal challenges. The ESRC is an independent organisation, established by Royal Charter in 1965, and funded mainly by the Government. In 2015 it celebrates its 50th anniversary.

About the Engineering and Physical Sciences Research Council (EPSRC)

As the main funding agency for engineering and physical sciences research, our vision is for the UK to be the best place in the world to Research, Discover and Innovate.

By investing £800 million a year in research and postgraduate training, we are building the knowledge and skills base neede to address the scientific and technological challenges facing the nation. Our portfolio covers a vast range of fields from healthcare technologies to structural engineering, manufacturing to mathematics, advanced materials to chemistry. The research we fund has impact across all sectors. It provides a platform for future economic development in the UK and improvements for everyone’s health, lifestyle and culture.

NERC is the UK's leading commissioner of environmental science research, investing £330m each year in cutting-edge research, postgraduate training and innovation in universities and research centres. Our scientists study and monitor the physical, chemical and biological processes on which our planet and life itself depends - from pole to pole, from the deep Earth and oceans to the atmosphere and space.

IIASA is funded and governed by its National Member Organizations (NMOs).

IIASA and the UK

Recent activities between IIASA and the UK

UK organizations that have partnered with IIASA since 2008 (PDF)