Chinese carbon dioxide emissions could be lower than previously estimated, according to a new study published in the journal Nature. 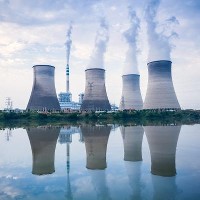 China is the world’s largest emitter of CO2 emissions, has per capita CO2 emissions 50% higher than the world average, and in the last decade emissions have grown at 5-10% per year. To keep the global temperature increase to below 2°C above pre-industrial levels requires unprecedented emission reductions from China.

A new international study, led by Zhu Liu from Harvard University finds that Chinese CO2 emissions may be more than 10% lower than previously estimated in most international datasets.

IIASA researcher Junguo Liu contributed to the study, which was published in the journal Nature.

China reports its energy consumption and coal use. Based on assumptions about how much energy and carbon the coal contains, the international community can estimate China’s CO2 emissions.

Using a detailed analysis of coal mines in China, assuming a more correct type of coal than in previous studies, the researchers found that the energy content of Chinese coal is lower than assumed in most international studies. Different types of coal have different amounts of carbon, water, and other materials, hence contain different amounts of energy.

Emission factors down, consumption up
“We found that the emission factors for Chinese coal are up to 40% lower than the default values recommended by the Intergovernmental Panel on Climate Change” said Zhu Liu, from Harvard University and lead author of the study.

However, the large reduction in emission factors was offset by an upward revision of Chinese energy consumption.

“We estimated that the total energy consumption in China was 10 per cent higher in 2000–2012 than the value reported by China’s national statistics”, said Dabo Guan from the University of East Anglia in the United Kingdom.

Combining the revised emission factors and energy consumption, the researchers found that Chinese CO2 emissions are more than 10 per cent lower than previously estimated in most international datasets.

More changes to come
Researchers have long been fascinated by the ups and downs of Chinese energy statistics, but more changes are likely to come in the future.

“China has just released data from its third economic census leading to an upward revision of energy consumption of over 10% in recent years”, said Glen Peters, a Senior Researcher from the Center for International Climate and Environmental Research – Oslo (CICERO) and co-author of the study. “This is likely to lead to an upward revision of our estimates, but the magnitude of the changes are unknown until more data is released”.

The revisions of the Chinese statistics are substantial enough that they may lead to adjustments in the global carbon cycle.

“The findings in this paper require us to double check the global carbon balance, leading to a better understanding of the response of the Earth System to CO2 emissions,” said Peters.