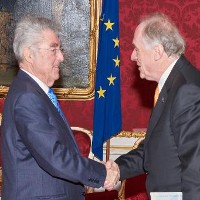 IIASA hosts an anniversary conference every 5 years, the last being in 2012 which brought together nearly 800 delegates from around the world to stimulate debate on science and policy across a wide range of disciplines and cross-cutting issues.

The 2012 conference was held under the patronage of the Federal President of Austria, and was opened together with UN Secretary-General Ban Ki-moon (by video message) and Karlheinz Töchterle, Federal Minister for Science and Research of Austria.

The 2017 conference will be held on 21-23 June 2017 and will address how obtaining objectives such as the Sustainable Development Goals can be transformed from aspiration to reality.

As part of the 2017 conference IIASA plans to host a high level meeting, involving heads of the Governments from each of its 23 member countries. The last time such a meeting took place was in 1994, which was called for by former Chancellor of Austria Franz Vranitzky, and supported by the Heads of the Governments of all IIASA members.

Kabat discussed the upcoming conference with President Fischer and sought his advice and support for the ministerial meeting. Presidential Science Advisor Meinhart Rauchensteiner and Special Advisor to the IIASA Director General Chin-Min Lee also participated in the meeting.

Austria is IIASA’s host country, and there is a long-standing history of collaborations between the institute and Austrian policymakers and researchers. Since 2008 alone IIASA’s cooperation with Austrian organizations has led to over a thousand scientific publications. Kabat has meet with President Fischer on numerous occasions, and the President has supported many IIASA initiatives including the Alpbach-Laxenburg Group, which was established by IIASA and the European Forum Alpbach in 2013. 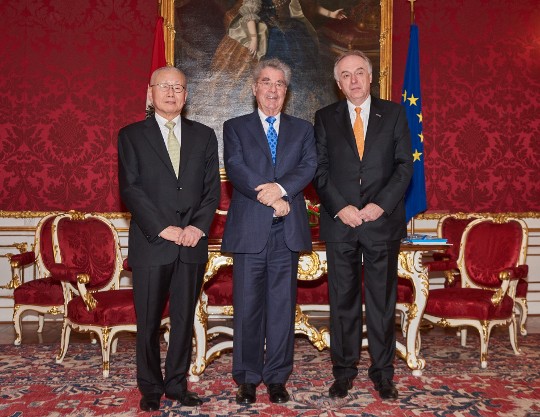 IIASA’s 40th Anniversary Conference examined the many sustainability and development challenges such transformations impose and explore options for resolving these challenges. It explored new ‘future worlds’, worlds that accommodate our collective needs and while living within, and planetary boundaries. The 45th Anniversary Conference aims to expand on these discussions and explore how the power of systems analysis can be used for sustainability.

Policy Brief #10,  December 2012. In October 2012, IIASA brought together over 800 leading scientists and experts from a diverse range of disciplines,  regions, and institutions to explore the power of science to find future "worlds within reach” and to chart a path “from science to policy.” The conference showed how systems analysis can diagnose complex problems and deliver smart solutions with multiple benefits for both the planet and its people. More

The Scientific Highlights provides a succinct overview of the presentations and discussions of the IIASA Conference 2012.  More

Voices summarizes the sessions of the IIASA Conference 2012 and provides a short-form version of all presentations. More