The indirect impacts of biofuel production on land-use change and greenhouse gas emissions in the European Union vary widely depending on the type of biofuel, according to a new study. 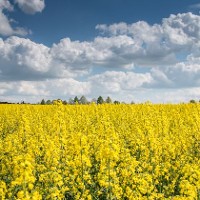 Biofuel policy in Europe has been under scrutiny for several years, with intense debate around its efficiency in reducing greenhouse gases emissions. Indeed, biofuel production can take up agricultural land otherwise used for food and feed, and lead to land-use conversion elsewhere that would offset some of the climate benefits of the policy, a problem known as indirect land-use change. In a new study for the European Commission in partnership with the sustainable energy consultancies Ecofys and E4tech, IIASA researchers have now brought more precise insight to the topic, showing the different levels of impact that different biofuels have on land-use change and the climate.

The study revisits the impacts of biofuels consumed in the EU and is the most comprehensive comparison to date of land-use effects across feedstocks. It provides the first analysis, in a consistent modeling framework, of both conventional (or first-generation) biofuels, produced from food crops such as vegetable oil, and advanced (or second-generation) biofuels, produced from residues or energy crops such as grasses, forestry residues and cereal straw.

IIASA researcher Hugo Valin led the modeling for the study. He says, “First generation biofuels have been criticized in the past due to their indirect land-use change impact, which our study confirms. But by looking at a much broader range of biofuel options, we clearly show that not all biofuels are equal.”

On one end of the spectrum, the study shows that certain types of vegetable oils, such palm or soybean oil, can lead to significant greenhouse gas emissions. It also shows that impacts of ethanol feedstocks are relatively lower than for biodiesel, in particular for high yielded crops such as sugar beet or maize. And on the other end of the spectrum, second generation crops, included for the first time in the analysis for the EU, showed a good performance overall with in several cases net negative emissions.

The study also included mitigation scenarios which showed that promoting agricultural expansion on European land compared to the rest of the world would help reducing the impacts in the short run. However, in the long run, the most efficient policy for limiting land-based greenhouse gas emissions would be a better control of agricultural land expansion globally, through policies to preserve forests and other natural ecosystems which can sequester large amounts of carbon including peatlands in Southeast Asia.

The new study, based on IIASA’s Global Biosphere Management Model (GLOBIOM), is the result of an innovative assessment process where extensive consultation took place to address some of the limitations of previous exercises. Industry and non-governmental organization stakeholders were consulted on how to improve the modeling, develop the scenarios and incorporate best available scientific and technical data from experts. An international scientific advisory committee was also involved at different steps of the project to reinforce the methodological approach.

The study also included an in-depth analysis of uncertainties in the scenarios to better inform stakeholders. While in some cases uncertainties can be large, the study clearly indicates how impacts of different policy orientations compare.

Valin says, “It’s impossible to remove all uncertainties in such an analysis, but the real value of this study is that it helps decision makers to better anticipate the potential implications of the option they choose. Models help to develop a common understanding of what the problems at stake are and how to mitigate them. In the context of biofuel policies this is especially true, as modeling illustrates the trade-offs between greenhouse gas emissions, food consumption, land occupation, agricultural income, and other issues.” 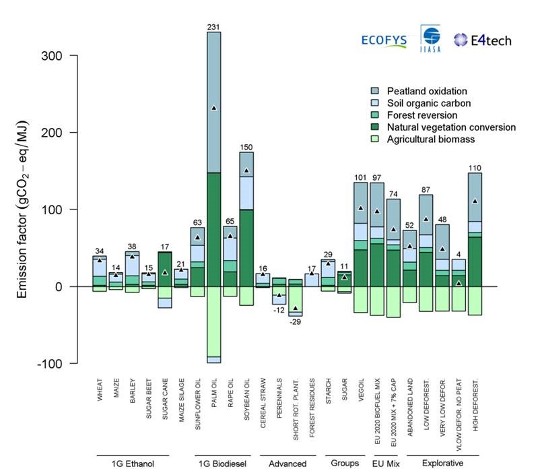 Figure 1. In a new study for the European Commission in partnership with the sustainable energy consultancies Ecofys and E4tech, IIASA researchers have now brought more precise insight to biofuel policy, showing the different levels of impact that different biofuels have on land use change and the climate.