A new study finds that climate policies that fail to take into account interlinkages and trade-offs could hamper progress on other sustainable development goals. However, energy efficiency improvements can reap synergies between the goals. 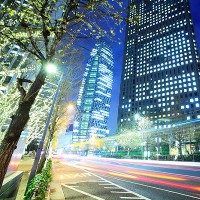 The longer the world delays implementing ambitious climate policy, and the fewer technologies it is willing to use, the more it lowers the prospects of reaching the other UN sustainable development goals (SDGs). This was the finding of a new study from IIASA and the Mercator Research Institute on Global Commons and Climate Change (MCC).

“The UN sustainable development goals form a complex structure. Anyone seeking to interfere in any which way should be aware of the complicated mechanism,” says Christoph von Stechow from the MCC, the leader of the study published in the journal Environmental Research Letters. In other words, if we want to achieve all the SDGs at once, we have to understand how our decisions today affect the likelihood of reaching them.

The seventeen SDGs were adopted in 2015 by all 193 countries of the United Nations and are intended to be reached by 2030. Based on the latest IPCC report, the researchers have examined, for the first time, how climate change mitigation efforts would influence other sustainable energy objectives, such as access to affordable and clean energy, less ocean acidification, and reduced air pollution. Based on existing scenarios that keep global mean temperature rise below 2°C, the scientists calculated the impacts on various sustainability risks across different models.

“For example, a climate change mitigation strategy that relies less on bioenergy would likely be to the benefit of global food security; this we knew. What is perhaps more surprising is that, according to the models, a ‘limited-bioenergy strategy’ would further boost air quality improvement efforts worldwide, since the shift away from dirty coal power would need to take place more quickly, as would the expansion of clean solar, wind and other non-biomass renewables,” says David McCollum of IIASA. “The risk of such a strategy, however, is that energy could become less affordable.”

The new study aims to advance the public debate by assessing the risks of various mitigation pathways rather than categorically excluding certain options. “Mitigation strategies likewise have risks; yet these are not comparable to those of unabated climate change,” says Keywan Riahi, IIASA Energy Program director, a study co-author.

Delaying climate policy or limiting technologies (such as outlawing nuclear energy) makes it harder meet all sustainable development goals simultaneously. A promising strategy to make it easier to meet these global objectives is to focus on increasing energy efficiency worldwide. Putting the brakes on growing energy demand makes it possible to reap synergies and keep trade-offs manageable. At present, energy efficiency is growing at about 1.3% per year. Ramping up this rate to just under 2% would make countries approximately one third less dependent on ‘problematic’ technologies such as carbon capture and storage (where carbon dioxide is trapped and stored underground) and nuclear power in a 2°C world. Even short-term declines in energy growth would make it significantly easier to ensure food security, since less bioenergy would be needed.

“Within the climate negotiations process, there has been increasing emphasis on national priorities and how climate policies interact with other sustainable development goals,” says Jessica Jewell, one of the study’s coauthors. “Our study looks at the trade-offs between some of these key sustainable energy goals and climate policies.”

Environmental Research Letters covers all of environmental science, providing a coherent and integrated approach including research articles, perspectives and editorials.

Last week at IIASA international researchers meet for the second workshop of The World in 2050 Project, a groundbreaking partnership between science and policy that aims to develop equitable pathways to sustainable development within safe planetary boundaries in order to build human and environmental resilience to global change.