A new IIASA study proposes a solution for mitigating the increasingly risky nature of financial markets, based on an analysis of systemic risk in financial networks. 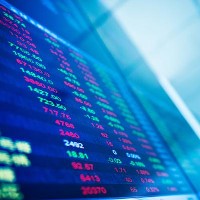 A tax on individual transactions between financial institutions—based on the level of systemic risk that each transaction adds to the system—could essentially eliminate the risk of future collapse of the financial system, according to a new study published in the journal Quantitative Finance. It relies on an analysis of the networks of the banking system, using central bank data from Austria.

“When banks collapse, it costs a lot to bail them out, and that money usually comes from the public, from taxpayers” explains IIASA researcher Stefan Thurner, who coauthored the study with IIASA researcher Sebastian Poledna. The proposed tax would go into a government fund which could be used to bail out a struggling bank, for example. “You could also consider it a form of systemic risk insurance,” says Thurner.

"Since the international financial crisis in 2007 and 2008, policymakers have been discussing new ways to regulate the system in order to help avoid a repeat scenario. The new study provides just that,” says Poledna. While introducing such a tax would require some work, the researchers argue that the data are there and the technical effort required for implementation is not overwhelming.  Thurner has already presented the work to interested policymakers, supervisors, and central banks in the EU and Mexico.