IIASA colleagues and friends of Kurt Komarek were saddened to learn of his death on the 18th of May. His passing is a great loss, not just for Austria’s scientific community, but for IIASA in particular. 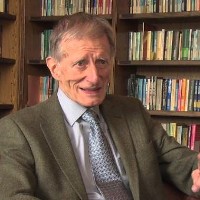 Trained as a chemist, Professor Dr. Komarek was an outstanding scientist, and among other distinguished posts was head of the Institute of Inorganic Chemistry, dean of the Philosophical Faculty and rector at the University of Vienna. Colleagues remember him as warm and open, always happy to devote time to others, whether they were young students or senior scientists.

Prof. Komarek’s contribution to IIASA over the years cannot be underestimated, and he served the institute at almost every level of governance. Not only acting as deputy director between 2001-2002, he was also the longest serving member of the IIASA Council, from 1991-2009, and held key posts including interim chair and vice chair, as well as being a member of numerous committees.

As representative of the host country, Austria, he had a particularly important role to play, and when the “vereinsgesetz” — Austrian rules regarding international institutions — changed he was instrumental in helping IIASA to adapt to the new situation. This substantial body of work culminated in vital amendments to the IIASA Charter.

His role as chair of the Finance Committee will also be especially well remembered; his tenacity and direct approach meant that funding for the institute was always forthcoming.  Peter Lemke, former chair of the IIASA Council who worked alongside Prof. Komarek, says: “Kurt Komarek was one of the greatest supporters of IIASA. For many years I enjoyed his collaboration in the IIASA Council, where he was the chair and pillar of the Finance Committee. Kurt was a wonderful friend, and we will sorely miss him.”

“It has been an incredible privilege to have known Kurt and worked with him,” says IIASA Deputy Director General Nebojsa Nakicenovic. “He was always the first person from whom I sought advice, because he was so knowledgeable and insightful.”

Prof. Komarek’s sad passing comes just days before the institute had planned a special event — On Plants and Carbon — on his 90th birthday, jointly organized by IIASA and the Austrian Academy of Sciences. The special lecture, to be given by Christian Körner from the Institute of Botany at the University of Basel, will still be held in his honor on the 6th of June. “It is very sad to get this news just as we were preparing to celebrate his contribution with this event,” says Director General and CEO Professor Dr. Pavel Kabat. “He was a tireless supporter of IIASA and a true friend to many at the institute, he will be missed.”

Please write you messages in the space below to share your messages of support or memories of Komarek.

On Plants and Carbon

Special joint event by IIASA and the Austrian Academy of Science