Should policymakers be aiming to increase the number of people that are happy or the average happiness regardless of population size? However we choose to value the wellbeing of future generations, a smaller population could save tens of billions of dollars annually on climate change prevention policies. 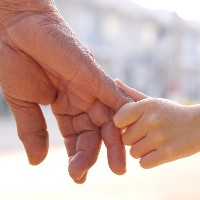 Although we have a responsibility to protect future people against unacceptable levels of harm from climate change, how we should value the wellbeing of these future generations in policy analyses is under debate. To examine this, a study published in the journal Proceedings of the National Academy of Sciences employed a climate-economic model to examine two ethical approaches to valuing human populations.

Under the first approach, the researchers assumed that society aims to increase the total number of people who have a high standard of wellbeing. Under the second, they assumed society intends to increase the average level of wellbeing—in other words a small happy population is just as good as a large one.

While society is certainly better when people have higher wellbeing, researchers disagree about whether a larger number of happy people is better than a smaller number of equally happy individuals. That is why the researchers tried both approaches.

They found that the economic costs of climate change always increase if the population grows, and increase faster if society’s goal is to maximize the number of people who have high wellbeing compared to the average level of people’s wellbeing. Under both ethical approaches, a smaller population could save tens of billions of dollars or more annually on climate change prevention policies, especially in wealthier countries.

“Our study explicitly links ethics, demography, and climate change economics,” says IIASA researcher Fabian Wagner, a coauthor of the paper. “We show how different concepts of welfare of the world fundamentally influence what we consider a prudent course of action in the face of climate change. Both academic and non-academic communities need to continue the discourse on fundamental valuations in a changing world.”

The findings also offer insight into the return on investment in development programs that alleviate poverty and may also reduce fertility—such as educating young women and providing access to family planning and reproductive health programs. Investing in these programs could pay for itself in terms of avoided climate change mitigation costs, the researchers found.

“With higher population growth, more people will be vulnerable to climate change. Understanding how much society values those future people should be an influential component of climate policy decisions,” said Noah Scovronick, co-lead author and a postdoctoral research associate at Princeton University’s Program in Science, Technology, and Environmental Policy.

“At its core, the climate problem is about protecting the future against intolerable damages, so it’s essential that policymakers think clearly about how much we value our descendants. Our goal is that our descendants will think back to this generation and be convinced that we carefully considered their interests [when setting climate policy],” said coauthor Marc Fleurbaey, the Robert E. Kuenne Professor in Economics and Humanistic Studies and professor of public affairs and the Princeton University Center for Human Values.

The work can also be used to help set a carbon tax, by putting a price on emissions equal to their harmful effects on society. How governments set carbon prices today should depend on how they value the future and the people who will live in it.

Whatever values society chooses, one consequence of a larger population is simply economic: more people makes more emissions very likely. As a result, a larger population will leave future generations at greater risk from climate-related damages, especially if policymakers do not respond to fast-growing populations.

A commentary on this paper and its significance, written by the Director of the IIASA World Population Program Wolfgang Lutz and also published in Proceedings of the National Academy of Sciences, can be found here.