IIASA Acting Water Program Director Yoshihide Wada has been awarded the American Geophysical Union’s James B. Macelwane Medal 2020, widely considered as the highest honor for early career scientists in the fields of Earth and space science. 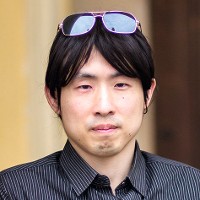 Wada will receive his award at the American Geophysical Union (AGU) Fall Meeting which will be held online this year. The medal is given annually to three to five early career researchers for significant contributions to the geophysical sciences. AGU is recognizing Wada’s contribution to the research of global water use and availability and particularly, the impact of human water consumption on the sustainability of global groundwater resources.

His groundbreaking research crosses disciplinary boundaries and looks at water management and systems modeling from the perspective of both the social sciences and natural sciences. This includes the first global assessment of the sustainability of future food production under socioeconomic and climate change, and water scarcity.

“My work has involved many current and former colleagues, as well as people who have supported my research in various countries. Receiving the Macelwane Medal is a huge milestone and I share this special recognition with everyone I have collaborated with, in particular at IIASA and at Utrecht University”, said Wada.

Wada is recognized as one of the world's most influential researchers; ranked in the top 1% by citations in Web of Science for the last three consecutive years. His work has been recognized with numerous awards including the Arne Richter Award for Outstanding Early Career Scientists 2018 by the European Geosciences Union and the 2018 Hydrologic Sciences Early Career Award by the AGU. He currently leads science development in the IIASA Water program and in 2021 he will become director of the IIASA Biodiversity and Natural Resources (BNR) Program.

“This award recognizes significant interdisciplinary contributions to Earth and space science, and my research at IIASA has been instrumental to this achievement. I am very grateful that systems science has been recognized this way”, Wada concludes.