The European Commission’s Group of Chief Scientific Advisors contribute to the quality of EU legislation through the provision of independent scientific advice to the Commission. 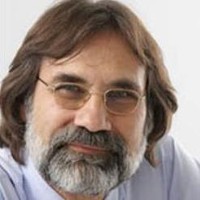 The Advisors are seven eminent scientists, appointed in their personal capacities and who advise the Members of the European Commission on issues of public interest.

With their broad, collective expertise, they will support EU policy makers to ensure better regulation by providing first-class, independent scientific evidence. In particular, they will contribute to the on-going work on the scientific opinions on:

Nakicenovic was one of three new members appointed by EU Commissioner for Innovation, Research, Culture, Education and Youth, Mariya Gabriel, for a three-year term.

"This is a great privilege, and I look forward to the challenge of providing scientific advice to the European Commission especially now that the European Green Deal provides an ambitious vision and an operational agenda for implementing a transformation toward a sustainable future for the people and the planet without leaving anyone behind," says Nakicenovic.

With over 40 years of experience at IIASA, he is the Director of The World in 2050 (TWI2050), and former Deputy Director General and Acting Director General of IIASA and a former tenured Professor of Energy Economics at Vienna University of Technology.

Members of the the Group of Chief Scientific Advisors

TWI2050 - The World in 2050, (2020). Innovations for Sustainability. Pathways to an efficient and post-pandemic future. Report prepared by The World in 2050 initiative. International Institute for Applied Systems Analysis (IIASA)