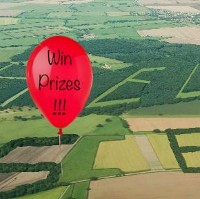 “Our current knowledge of where cropland is located is unbelievably poor,” explains GeoWiki project leader, IIASA researcher Steffen Fritz. “The game will provide data that could help us improve that knowledge.”

Fritz and colleagues will turn the data from the game into a new global cropland map, improved over previous versions by adding thousands of validated data points to current satellite maps, which have coarse resolution and limited national data.

To play the game, players look at satellite images of the Earth’s surface and note whether they see cropland in the image or not. While this sort of validation can be computerized to some extent, people still perform better than computers. Previous research by the GeoWiki team, published in the journal PLOS ONE, showed that even non-experts can do a quality job of analyzing land-cover.

The game will be played for six months, with the top scorer each week named as weekly winner. The 25 weekly winners will be entered into a drawing at the end of the competition to win three big prizes: an Amazon Kindle, a brand new smartphone, and a tablet.

Cropland Capture also brings a social element to citizen science. Players and scores will be displayed on a leaderboard, for example, and players can ‘like’ an image and send it to a gallery. The game can also be played using geotagged pictures available through the photo programs Panoramio or Flickr.

Cropland Capture is available for free for the browser and for the Apple iOS and Android operating systems, via the Apple Store and Google Play store.

Listen to a podcast about the game.

GET IN THE GAME!