Education significantly improves mental functioning in seniors even  four decades after finishing school, shows a new study published in the journal Demography by researchers at IIASA and the University of Linz. 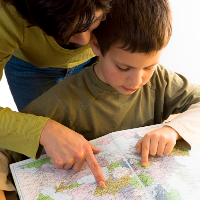 European populations are growing older on average, a trend that could pose serious challenges to health care, budgets, and economic growth. As a greater proportion of a country’s population grows into old age, average cognition levels and national productivity tend to decline, and the incidence of dementia increases.

“Finding ways to improve the cognition of seniors is of central importance to the economic well-being of aging countries,” says IIASA researcher Vegard Skirbekk, who worked on the study with researchers Nicole Schneeweis and Rudolf Winter Ebmer at Linz University

The study examined variation in years of schooling arising from compulsory educational reforms implemented in six European countries during the 1950s and 1960s, measuring mental functioning in seniors with various levels of schooling. It shows that the burden of demographic change is likely to depend more on how healthy and mentally fit people are at different ages than on the exact age structure of people in a population. The study also shows that education tends to significantly boost brain function, and that this effect persists as a person ages.

The study shows that people who attended school for longer periods because of new regulations performed better in terms of cognitive functioning than those who did not. Using data from individuals aged around 60 from the Survey of Health, Aging and Retirement in Europe, the researchers found a positive impact of schooling on memory scores. The fact that young people or their parents did not choose whether to go longer to school strongly suggests that schooling is the cause rather than personal characteristics that would affect this choice and could also explain the differences in cognitive function.

“Examining the variation in compulsory schooling was key.” It allowed us to find out that education was the cause of better cognitive function, and not a simple correlation,””, says Winter-Ebmer.

Furthermore, the study finds evidence for a protective effect of schooling for the brain: more education slows cognitive decline. The researchers say that education can be an important measure for maintaining cognitive functioning and protecting against cognitive decline, thereby alleviating the challenges that population aging would otherwise present.