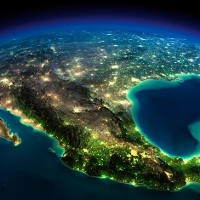 IIASA announced today that Mexico has become its newest member country. The newly formed Mexican National Committee for IIASA, which includes the Mexican National Council for Science and Technology (CONACYT) and the National Institute of Statistics and Geography (INEGI), will serve as Mexico’s National Member Organization (NMO) to IIASA, and join twenty-one other national science organizations that fund and govern the Institute.

“In our increasingly interconnected world, we believe that membership of IIASA will bring great benefits to Mexico through facilitating new international research collaborations, improving how research shapes public policy in our country, as well as providing opportunities for young scientists to gain international and interdisciplinary research skills,” said Dr. Enrique de Alba, Vice President of INEGI’s Board of Governors, who represented Mexico at the today’s meeting of IIASA’s governing Council, which approved Mexico’s membership.

IIASA Director General and CEO Prof. Dr. Pavel Kabat welcomed the new membership, saying, “Mexico’s membership in IIASA is a boon to IIASA’s global research strategy. Mexico is our third member in the Americas, and as such expands IIASA’s connection to a vital region of the planet. IIASA membership enhances a country’s expertise in complex systems science and its application to the global challenges that we face. In addition, it facilitates research collaboration on a global scale between Mexico and all of IIASA’s member countries from Australia to South Africa, as well as regionally such as through members that border the Pacific from China to Indonesia to Japan to the United States.”

Mexico is emerging as a regional and global power, with a growing economy that relies in large part on energy production. In particular, Mexican representatives say that they are especially interested in taking advantage of IIASA’s expertise in climate change, natural resource and environmental management, and demographic modeling. Capacity building will be another benefit of the new membership. IIASA’s Young Scientists Summer Program and Postdoctoral Fellowship Program provide funding for young scientists from member countries to pursue advanced research at IIASA, connecting with a unique global network.

While Mexico’s membership is new, the country has a long history of collaboration with IIASA. Nobel laureate Professor Mario Molina is a long-term collaborator with IIASA. Many young Mexican research scholars have studied at IIASA for one or two years funded by the Luis Donaldo Colosio Fellowship. The most recent fellowship was awarded to Luzma Fabiola Nava Jiménez, a water researcher who will join IIASA in September 2014 to explore transboundary river and environment issues with IIASA’s Water Program.

Recent research collaborations with Mexico include a study of financial preparedness for natural disasters, using the CATSIM model. Another IIASA study examined the sustainability of the aquifers supplying water to Mexico City in the context of its rapidly growing urban population. Another recent study examined Mexico’s pension system. IIASA’s World Population Program has also developed literate life expectancy indicators for the social development of the Mexican population, as well as probabilistic methodology to project the Mexican population. 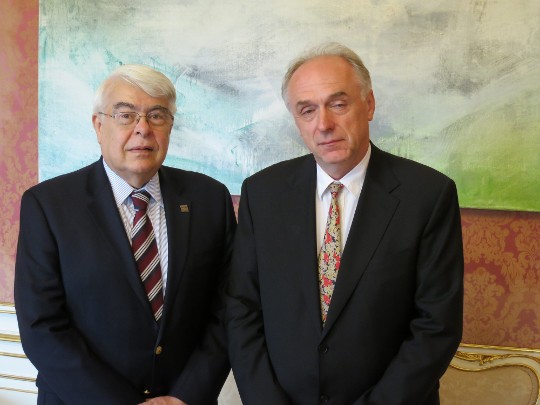 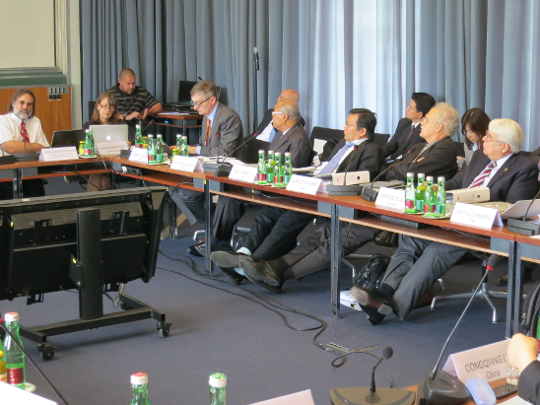 The IIASA Council, which governs the Institute, approved the membership of Mexico today during their bi-annual meeting in Laxenburg.

Blog: Towards old-age pensions for everyone in Mexico

IASA is funded and governed by its National Member Organizations (NMOs).