A new framework for climate scenarios research brings an integrated view of economics, demography, and greenhouse gas emissions to the development of emissions scenarios that underlie climate models. 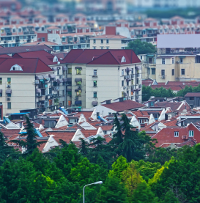 A special issue of the journal Climatic Change provides the first in-depth documentation of the Shared Socioeconomic Pathways (SSPs), the next generation of scenarios for climate change research.

For the past two decades, climate scientists have mainly used scenarios developed for the IPCC Special Report on Emissions Scenarios (SRES) in 2000. However researchers recognized the need to bring new knowledge and data to the process of scenario development. Utilizing integrated assessment models and combining socio-economic and climate change impacts to look into the stabilization of climate change.

“This publication represents a major leap for socio economic and climate change scenarios, providing the background, methods, and future plans on development of the SSPs, which are now available for use by researchers worldwide,” says IIASA Deputy Director General and Deputy CEO Nebojsa Nakicenovic, who co-edited the special issue along with Robert Lempert of the RAND corporation, and Anthony Janetos, Director of the Pardee Center for the Study of the Longer-Range Future at Boston University. IIASA Energy Program Director Keywan Riahi co-authored a number of papers within the special issue (see references below). 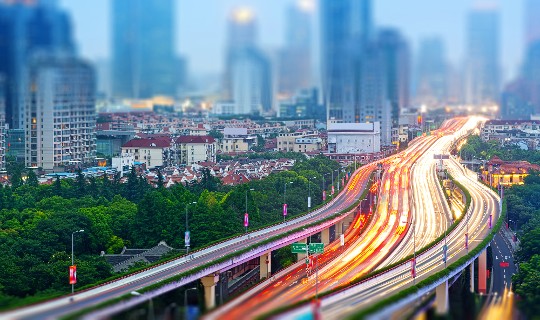 In order to model future climate change, scientists need to develop a range of future greenhouse-gas emissions. But emissions depend on many drivers including population dynamics, economic development, and technological change. So scientists turned to scenarios developed through Integrated Assessment Models, which combine information about fossil fuel burning, land use change, and energy system development, such as the scenarios developed for the IPCC SRES in 2000.

The SSPs represent a leap forward for climate research, bringing together three scientific communities who worked together in their development: climate mitigation researchers, climate modelers, and impacts, adaptation, and vulnerability researchers. The result of this interdisciplinary cooperation is that Representative Concentration Pathways (RCPs) were developed at the same time as the SSPs in order to provide a quicker method for scenarios to reach climate modelers, because scientists in the different communities have worked in parallel and in concert. The output is a complete set of scenarios that can be used by researchers in many different fields, allowing scientists to run models based on consistent underlying assumptions related to population, land use change, economic growth, technology, and other factors that influence greenhouse gas emissions.

In particular, the IPCC Fifth Assessment Report (AR5) relied on climate trajectories that were generated using the RCPs. The RCPs can now be combined with the SSPs. The RCPs span a range of possibilities between a future without mitigation of greenhouse gasses during this century to alternative futures with ambitious climate policy. This parallel process, of integrating the SSPs and RCPs enables a much broader assessment of the impacts and vulnerabilities associated with the global transformation.

The papers in the special issue describe the nuts and bolts of the SSPs – the methods by which they were developed—as well as challenges and concepts for future work. IIASA has been a hub for the SSP development process, with scientists from the Ecosystems Services and Management, Energy, Risk, Policy and Vulnerability, Transitions to New Technologies, and World Population programs intimately involved in the work. For example, IIASA Energy Program Director Keywan Riahi served as a co-chair on SSP scenarios working groups of the Integrated Assessment Modeling Consortium (IAMC) and on the International Committee On New Integrated Climate change Assessment Scenarios  (ICONICS), an international group involved in the SSP scenario process in order to facilitate interdisciplinary research and assessment on climate change mitigation and adaptation. The results of this process will be published in an upcoming issue of the journal Global Environmental Change. For more details on the development of the SSPs and contributions of these programs please read: Climate change and socioeconomic development.

Read more about the SSPs