Gender
disparities in cognition will not diminish

Improved living conditions and less gender-restricted educational opportunities reduce the cognitive disparities between men and women or improve the gap in favor of women, according to new research by the International Institute for Applied Systems Analysis (IIASA) and the Karolinska Institutet. 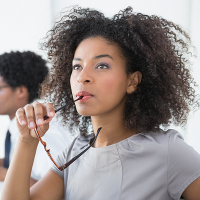 The study, published in the Proceedings of the National Academy of Science, investigated the extent to which improvements in living conditions and educational opportunities over a person’s life affect cognitive abilities and their implications for men and women.

“Our results show that there is no reason to expect all cognitive gender differences will diminish,” says Daniela Weber, IIASA researcher and lead author of the study. “However, the findings from this study suggest that if women and men had equal levels of education, then we should expect a female advantage in episodic memory, a male advantage in numeracy, and no gender differences in category fluency (such as naming as many different animals as possible within one minute).”

The authors examined data from the “Survey of Health, Ageing, and Retirement in Europe” in which more than 31,000 men and women over the age of 50 from 13 European countries answered questions that tested cognitive functions including memory, mathematical ability, and verbal fluency.

Analysis of the data showed gender differences in cognitive abilities to be associated with the age of the participant, country of origin, and the living conditions and educational opportunities participants were exposed to when entering adulthood and middle age.

The study demonstrates how the magnitude of cognitive gender differences varied systematically across regions and birth cohorts. In regions that had undergone improvements in living conditions and expansion of gender-equal educational opportunities, women displayed superior memory to men, men’s advantage in mathematical abilities decreased, and equivalent abilities in category fluency were observed.

“The results suggest that we should expect that women demonstrate relative strength in particular cognitive functions while men in others, even in societies with higher living conditions and more gender equal educational opportunities,” explains Weber.

Previous studies have shown that men have an advantage in tasks assessing visuospatial and mathematical abilities, whereas women are found to outperform men in tasks assessing episodic memory and reading literacy, with no differences normally observed in category fluency and vocabulary. In addition some research proposes biologically based explanations for these differences in cognitive abilities between the genders, whereas others indicate that societal factors influence the gender differences.