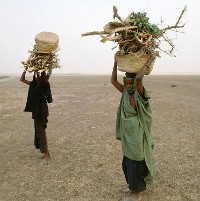 While fighting poverty is a major goal of international organizations and nations worldwide, much confusion remains about how increased living standards will impact greenhouse gas emissions and future climate change.

Previous IIASA research has shown that access to energy is a key factor in lifting people out of poverty, linked to better health, increased education levels, and greater earning power. This research has fed into major global efforts such as the United Nations’ Sustainable Energy for All Initiative.

Preliminary research by Rao and colleagues, published in Nature Climate Change,  shows that previous assumptions about the contribution of increased energy access to climate change in countries may be flawed—that lifting people out of poverty may lead to much lower greenhouse gas emissions than, by comparison, rising affluence. (Read more)

The question of decent living standards is one of the first that will be tackled by the new grant, followed by the energy requirements and climate-related emissions needed to make such living standards possible. The study will also examine how energy needs evolve as countries develop, and the resulting impacts on greenhouse gas emissions and climate change.

“This study is directly applicable to policy at both a country level and worldwide—particularly on the question of how to respect developing countries’ needs in international climate negotiations,” says Rao.

In order to comprehensively explore the connections between energy systems and emission of greenhouse gases and air pollution, Rao and new team of five or six researchers will use IIASA research models including the Model for Energy Supply Strategy Alternatives and their General Environmental Impact (MESSAGE).

“What’s unique about this project is that it brings together economics and social policy with energy and climate research,” says Rao. “IIASA is the perfect place to host such an interdisciplinary project, which falls right at the nexus of two of the Institute’s three major research areas: energy and climate change and poverty and equity.”

The project will also include collaborators in at the Norwegian Institute of Science and Technology (NTNU), Mercator Research Institute on Global Commons and Climate Change (MCC) in Germany, and the London School of Economics.

ERC Starting Grants fund up-and-coming researchers with a scientific track record that shows great promise. This is the seventh ERC grant awarded to an IIASA researcher, and Rao is among a total 11 researchers in Austria who received Starting Grants in this call. Read more from the ERC.

About the Awardee: Narasimha D. Rao 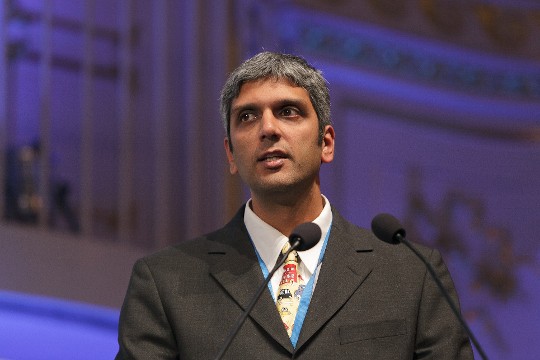 Poverty eradication and climate change: Is there a conflict?