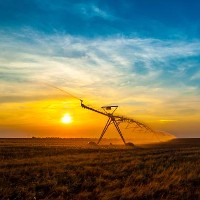 Climate change will require major transformations in agricultural systems, including increased irrigation and moving production from one region to another, according to the new study, published in the journal Environmental Research Letters. However without careful planning for uncertain climate impacts, the chances of getting adaptation wrong are high, the study shows.

The new study by IIASA researchers provides a global scenario analysis that covers nine different climate scenarios, 18 crops and 4 crop management systems, as well as the interactions between crop production, consumption, prices, and trade. It specifically examines adaptations that are investment-intensive and not easily reversible, such as building new water management infrastructure for irrigation, or increases and decreases to the production capacity of a region. Such “transformations” the researchers say, need to be anticipated, but their implementation is particularly plagued by uncertainty.

“There is a lot of uncertainty in how climate change will impact agriculture, and what adaptations will be needed,” says IIASA Ecosystems Services and Management researcher David Leclère, who led the study. “Our new study is the first to examine at a global scale whether the adaptations required from agricultural systems are in the transformational range, and whether these transformations are robust across plausible scenarios. By looking at where, when, why, and which transformations are required, but also in how many scenarios, it lays the groundwork for countries to better plan for the impacts of climate change.”

In line with earlier results, the study finds that the impacts on crop yields of changes in climate, such as increased temperature, changing precipitation levels, along with the increased CO2 atmospheric concentration (which has a fertilizing effect on plants), could lead to anywhere between an 18% decline in global caloric production from cropland, to as much as a 3% increase by 2050. This biophysical impact varies widely across regions, crops, and management systems, thereby creating opportunities for adaptation at the same time.

By combining these climate and yield projections with the IIASA Global Biosphere Management Model (GLOBIOM)—a global model that includes land use, trade, consumption, water resources, and other factors, the researchers identified the likely needed adaptations and transformations for global agricultural systems.

“Our results confirm that the choice of the climate model used for estimating changes in climate largely shapes adaptations such as moving production from one region to another. But it also shows the importance of how regions are interconnected through trade: for example, in Latin America, where yields are projected to decrease in all scenarios, cropland could increase in some scenarios due to increased net exports to North America. In Europe, where yields are expected to increase due to climate change, cultivated land could decrease depending on the scenario, due to limited export opportunities,” says Leclère. Since such major transformations are difficult and expensive to reverse, the researchers say, a comprehensive analysis of interactions between the direct biophysical impacts of climate and market-driven interconnections between regions is vital. 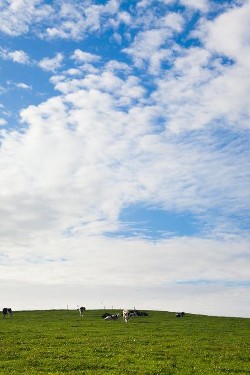 The study also reiterates the importance of limited water resources for future food security in a changing climate, showing that in a large part of the world, increases in irrigation larger than 25% may be required. However, the study found, where this would take place is extremely sensitive to the choice of the climate model as early as in 2030s. Leclère says, “We have known for a long time that changes to rainfall are a major uncertainty. This study shows how important irrigation will be as an adaptive measure, but also how sensitive it is to different climate scenarios.”

Overall, the study finds, while adaptations are largely entering the transformational range by mid-21st century, almost none can be found to be robust across all scenarios. “People often say that agriculture is adaptable—that throughout history, agricultural systems have shown a large capacity to evolve,” says Leclère, “It’s important to examine this assertion further, as achieving a climate-ready global food system will definitely be challenged by the uncertainties at stake.”

“After decades of global research efforts, scientists are only starting to understand the implications of climate change for the future global food system” says Michael Obersteiner, IIASA Ecosystems Services and Management Program Director and a study co-author. “We need to explore new and uncertainty-proof paradigms for long-term decision-making, and we also need a much better understanding of how to manage crucial resources such as water, which may become dramatically scarcer much earlier than previously thought.”

“Modelling tools are key to generate the knowledge for restraining climate change impacts on food security within acceptable boundaries without increasing the pressure on our resources,” says Petr Havlík, IIASA Ecosystems Services and Management researcher and leader of the GLOBIOM modeling team.  “Our models show that there is an effective global adaptation strategy to any single climate change scenario. The challenge we face is to find the strategy which fits a hundred scenarios at the same time.”

A global model to assess competition for land use between agriculture, bioenergy, and forestry