The International Institute for Applied Systems Analysis (IIASA) and the European Forum Alpbach have entered into a strategic partnership aimed at fostering sustainable solutions to global problems. 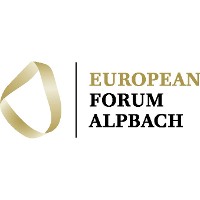 The new partnership brings together IIASA’s international leading position in science and science to policy interface and the Forum’s long tradition of fostering interdisciplinary dialogue.

IIASA Director/CEO Professor Dr. Pavel Kabat says, “The European Forum Alpbach and IIASA are both uniquely poised at the nexus of international and interdisciplinary research to seek solutions to major global challenges – such as energy, food and water, poverty and equity, and their related issues on the economic and political governance. We believe that such questions can only be addressed through international and interdisciplinary exchange. We have therefore decided to enter into a strategic partnership uniting IIASA’s systems approaches, and its scientific excellence with the Forum’s unique and historically proven power to convene meetings with leading political, economic and industrial players, thus providing a unique platform for interdisciplinary dialogue.”

Every summer since 1945, high-ranking speakers from the fields of science, the economy, politics and art have met for discussions in the mountain village of Alpbach. Today, more than 4000 people from over 60 countries, among them around 700 young scholarship holders, come together every year for the European Forum Alpbach.

IIASA, established as an East-West Institute during the Cold War, now hosts over 250 scientists from 50 countries who conduct research into the human and environmental aspects of global change: energy and climate change, food and water, and poverty and equity. IIASA works with more than 300 research partners worldwide, including academic, governmental, and private institutions, tackling major human and environmental problems from a national, regional, and international perspective.

“Considering our past, we see several parallels on which to build our future synergy as both the European Forum Alpbach and IIASA were founded in a context of war,” says Alpbach Forum President Franz Fischler. “Both the Forum and IIASA work not for profit or power, but independently and for the benefit and well-being of humanity. Convinced that our similar pasts and common goals provide a fruitful ground for collaboration, we will now join forces in our strategic partnership.”

Acting as ambassadors of the other, the two institutions will jointly explore their common mission and goals. IIASA will join the Scientific Advisory Board of the European Forum Alpbach and the Advisory Committee of the Political Symposium. IIASA and Alpbach will also collaborate towards establishing an international think tank, the main aim of which will be to tackle some of the big questions of our time.

About the Alpbach Forum
Every year since 1945, the “European Forum Alpbach” has been held in the Tyrolian mountain village of Alpbach. For almost three weeks Alpbach becomes the village of thinkers or, as Otto Molden, the founder of the Forum, called it, the “other magic mountain”. Speakers and participants from all parts of the world, from science, economics and politics, experienced experts and students, come together in Alpbach to discuss the current issues and to formulate interdisciplinary solutions. The open character of the events promotes a climate of tolerance for different opinions and contributes to the overcoming of national, ideological and disciplinary boundaries in a harmonius way. Since its inception, more than 3,000 people from over 50 countries have taken up the invitation to participate in the European Forum Alpbach. Participation is open to all those who are interested, and the events are carried out in the German or the English language.