The new Eurasian Economic Integration Project will assess the prospects of economic interactions of regional alliances on the Eurasian space. 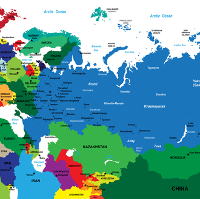 In January 2010, Russia, Belarus and Kazakhstan joined in a Customs Union, which aims to provide for the free trade of goods and services within its borders. This integration step has established preconditions for a closer integration of labor and financial markets between the countries involved and will potentially lead to the creation of a Eurasian Economic Union.

On Thursday, 27 June, senior representatives from both government and non-government organizations, as well as from academia, will gather at IIASA in Laxenburg, Austria to participate in a workshop to discuss the project’s structure and framework. With a variety of backgrounds from scientific, technological and practical aspects of Eurasian economic integration, attendees will discuss the main features and challenges facing the Customs Union and Common Economic Space in comparison with other regional economic integration, in particular the European Union. They will also analyze the challenges and benefits of intra-regional cooperation and how these could be expanded in order to include other countries within the Euro-Asian and Asian-Pacific regions.

In collaboration with Sergey Glazyev, Advisor to the President of the Russian Federation, the Russian Academy of Sciences, Eurasian Development Bank, and the Vienna Institute for International Economic Studies, the international multidisciplinary project aims to develop approaches defining and assessing the degree of convergence of participating countries, to develop criteria evaluating the efficiency of the Customs Union and Common Economic Space, and to analyze the prospects of interactions between the Customs Union/Common Economic Space countries, the Asian and EU economies. The resulting project study will be based on a solid scientific background using short and long term forecasts for evolving integration processes on the Euro-Asian space.  IIASA will coordinate the research between the project partners, and integrate the results into policy recommendations for decision-makers.

IIASA Director and Chief Executive Officer, Professor Dr. Pavel Kabat, said “This latest project fits perfectly into IIASA’s mission: to build bridges between countries through scientific cooperation and to carry out interdisciplinary independent research which cannot be done within one country. Using IIASA’s unique integrated systems analysis approach this project will help to better understand benefits and bottlenecks of different integration scenarios on the post-Soviet space, will support political decisions and therefore directly contribute to shaping new political and economical alliances on Euro-Asian continents from Lisbon to Vladivostok in the future.

“By coordinating research between state authorities, economists and system analysts representing the Customs Union countries, the EU and the major Asian economies, we can elaborate on the development of the Eurasian economic integration and conclude on the optimal degree of convergence of the countries involved, based on the mutual interest to integrate and create a common economic space in Eurasia.”

IIASA is an international scientific institute that conducts research into the critical issues of global environmental, economic, technological, and social change that we face in the twenty-first century. Our findings provide valuable options to policy makers to shape the future of our changing world. IIASA is independent and funded by scientific institutions in Africa, the Americas, Asia, Oceania, and Europe. www5.iiasa.ac.at

The Russian Academy of Sciences is the National Member Organization for IIASA in the Russian Federation.

Pavel Kabat at the Russian Academy of Sciences