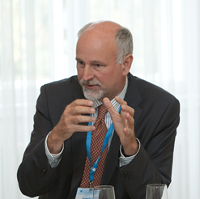 The Leopoldina, a German science organization founded in 1652, was appointed as the German National Academy of Sciences in 2008. The academy—the oldest in the world—serves as a forum to provide advice to policymakers within and outside of Germany. Members of the academy, which include international researchers, are proposed by academy members and elected in a multi-stage selection process. As a member of the Leopoldina, Lutz will take part in advisory boards and scientific events aimed at engaging policymakers and society in science that is relevant for society.

In addition, last week Lutz was one of three candidates for president of the Austrian Academy of Sciences.