Unequal access to resources can promote cooperation, shows a new study based on evolutionary game theory. 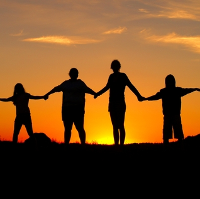 Wealth inequality can encourage people to cooperate when they would otherwise have no incentive to do so, according to a new study published 3 October in Nature Communications.

“In many groups and societies, the temptation to defect is high, which means that cheaters are much better off than cooperators,” says IIASA researcher Ulf Dieckmann, who worked on the study along with IIASA researcher Ádám Kun. For example, he says, if a train ticket is very expensive and the probability that cheaters are caught is low, people will be tempted to free-ride without purchasing a ticket. Likewise, if it costs a lot to install required technologies that protect the air and the corresponding environmental regulations are not strict, entrepreneurs will be tempted not to pay for such technologies.

In cases like this, people have a strong incentive not to cooperate, leaving the whole group or society worse off. Intuitively, one might imagine that the best conditions for promoting cooperation are full equity, which applies when all members of a group or society have access to exactly the same level of wealth or resources. The study showed that when people interact locally, distributing a given total amount of wealth somewhat unequally, rather than fully equally, is more efficient in encouraging them to cooperate.

“The goal of our research is to find new mechanisms that foster cooperation,” says Kun.

The study used a theoretical framework known as evolutionary game theory to examine how people act under different conditions to maximize their own best interest. “We looked at what is best for people to do, what gives them the highest payoff,” says Dieckmann.

Researchers have been studying cooperation for decades using evolutionary game theory. The field provides important insights into quandaries such as the Tragedy of the Commons, which occurs whenever people cause the destruction or collapse of a shared resource because each acts in his or her best interest rather than in the interest of the whole group.

But never before had anyone examined what happens when people start out with different amounts of resources available to them. “The assumption was always that every player was equal,” says Dieckmann. But in the real world, says Dieckmann, that’s not the case. “Not everybody is created equal. The real world is full of heterogeneity.”

The study also shows that when people experience a low temptation to cheat, i.e. when the benefits of cheating are only slightly larger than its costs, unequal wealth distribution has the opposite effect and tends to discourage cooperation. This raises the possibility that, as a group or society matures, for example by enhancing the detection or punishment of cheaters, the optimal social norm it should adopt for maximal public benefit switches from moderate inequity to full equity.

The study therefore provides thought-provoking implications for social planners and tax policy makers, people who make decisions that can encourage or discourage wealth inequality. “As it turns out, inequality is not always a bad thing,” Dieckmann says, “While this study is just a first step, ultimately these findings may inform a more objective approach to designing a society’s investments into eradicating inequalities.”