In order to reach targets for CO2 emissions, China should count CO2 emissions where products are consumed, not simply where they are produced, say IIASA researchers. 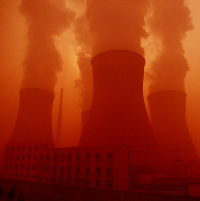 The new study, published in Proceedings of the National Academy of Sciences (PNAS), provides a detailed consumption-based accounting of carbon dioxide (CO2) emissions in China. Consumption-based accounting allocates emissions to the province where products are ultimately consumed, rather than simply focusing on where emissions occur. It shows that policies to reduce emissions in China may tend to push factories and production into developing regions of the country.

“China has set emissions targets which are more stringent in affluent coastal provinces than in less-developed interior provinces. This may reduce emissions in one region, but in China as a whole, you find CO2 emissions continue to increase, because the polluting factories move into the less-developed regions,” says Laixiang Sun, IIASA and University of Maryland researcher who co-authored the study along with an international team including two former participants in IIASA’s Young Scientists Summer Program (YSSP). Instead, say the researchers, accounting for carbon emissions based on consumption rather than production could create better incentives and fair distribution of responsibilities to reduce greenhouse gas emissions both nationally and globally.

China is currently the largest emitter of CO2, pumping out 7.2 gigatons of the greenhouse gas every year as of 2007, the year that the study examined. This emission figure shot up to about 10 gigatons in 2011. While the country has pledged to improve their CO2 intensity—the amount of emissions per unit of GDP—Sun says, these efforts may simply encourage provinces to outsource their emissions to poorer regions, placing an unfair and unmanageable burden on those regions.

The same effect occurs on a global scale, as richer countries outsource polluting industries and manufacturing to developing countries—including China—where costs are lower and regulations may be more lax.

“We must reduce CO2 emissions, not just outsource them,” says Sun. “Developed regions and countries need to take some responsibility, providing technology support or investment to promote cleaner, greener technology in less-developed regions.”

Overall, 57% of China’s fossil fuel emissions were from production of things eventually consumed in a different province or in another country. This study for the first time quantified these emissions on a detailed regional scale. The researchers used an economic input-output model that can track trade flows across sectors and regions, accounting for emissions triggered by final consumption across the entire production supply chain.

Laixian Sun is a senior research scholar in IIASA’s Ecosystems Services and Management Program, and an adjunct professor at the University of Maryland.

Klaus Hubacek is a professor at the University of Maryland. Hubacek participated in IIASA’s YSSP in 1999, and has collaborated with IIASA and Sun since that time.

Dabo Guan is an Associate Professor at the University of Leeds, and participated in IIASA’s YSSP in 2004.