Less land may be available for growing biofuels than previously thought, according to a new study of land availability published in the journal Environmental Science and Technology. Citizen scientists were major contributors to the report. 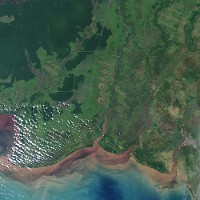 The new study estimates land available for growing biofuels – crops such as corn or sugarcane that can be converted to fuels -  at between 56 and 1035 million hectares, compared to previous estimates of 320 to 1411 million hectares.

“We have downgraded the estimates by as much as 50% in some cases,” said IIASA researcher Steffen Fritz, who led the study. The study builds on an earlier map, produced by paper co-authors Ximing Cai, Xiao Zhang, and Dingbao Wang, which had provided a new global estimate for land availability. While that study was by no means definitive, those numbers have already fed into policy discussions and investment decisions on biofuels. IIASA researchers say that the new study is one more step towards better defining global land cover - vital data for informing policies on biofuels production and land use.

“There are very few estimates of the land area available for biofuels,” said Fritz, a researcher in IIASA's Ecosystems Services and Management Program. “This study shows how very uncertain this area still is. We need to be very careful about the decisions we make.”

“If there is a perception that more land is available, this can drive policies that lead to greater investments in these areas and may push more people off their land,” said IIASA researcher Linda See, who also worked on the study. For example a recent study by the World Bank  showed that the perceived availability of land is one important factor in determining the probability of being a destination country for land acquisitions.

The researchers produced the new estimate by comparing the earlier map to detailed Google Earth satellite imagery. The painstaking process was made possible by a global network of citizen scientists who categorized land cover for roughly 20,000 locations around the world as part of the Geo-Wiki project. 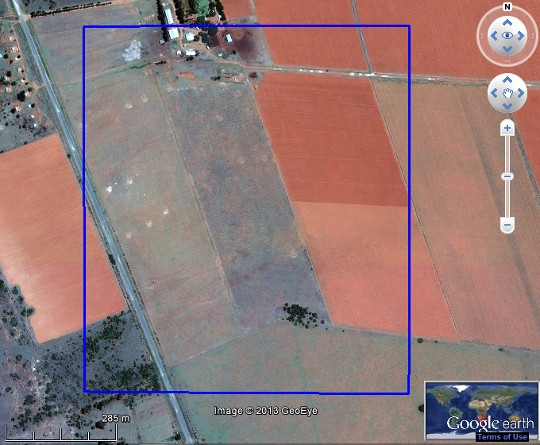 High-resolution satellite images, like this one from Google Earth, showed clear evidence of land use by humans, in areas that the previous map had identified as available for biofuel production. © 2013 Google Earth; © 2013 Geo-Eye

“When we looked on Google Earth, could see immediately that there are areas where clearly the land is not available for biofuel production,” said See. For example, she said, in the previous map, most of India had been categorized as available for biofuel production, but in fact much of that land is farmed or occupied by people. In other areas, the coarse resolution of the input data used to determine land availability meant that some forested areas had been misidentified as grassland or cropland.

The study provides a new method for using crowdsourcing to carefully examine huge volumes of satellite data that are difficult to validate. By examining thousands of locations, often multiple times, the validators were able to refine and correct many miscategorized areas of land cover. See said, “The evidence on the ground told us that there are problems with the map. And by doing a systematic sample we were able to adjust the estimates to something more realistic.” However, even these estimates should not be considered as definitive. They illustrate the large uncertainties surrounding the estimation of land availability for biofuel production.

The paper is the first published result to come out of the Geo-Wiki Project’s series of competitions, which invite the interested public to participate in land cover classification with the chance to become an author on a scientific publication. Geo-Wiki has also recently released a new game for tablets and Facebook, Landspotting, which engages players in a social network while producing a large amount of data.

Find out how you can get involved!