Johan Rockström is Executive Director of the Stockholm Resilience Centre (SRC) and a Professor of Environmental Science at Stockholm University, with a focus on building resilience in water-scarce regions of the world. He was Executive Director of the Stockholm Environment Institute from 2004–2012 and has over 100 research publications in fields ranging from applied land and water management to global sustainability. 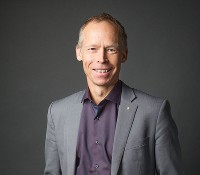 An internationally recognized scientist on global sustainability issues, Rockström led the team that developed the Planetary Boundaries framework, introduced in 2009, which depicts the safe operating space within which humanity can continue to develop and thrive for generations to come in the context of rapid global change.

Johann Rockström is a key coordinator with Pavel Kabat, Director General and Chief Executive Officer of IIASA and Jeffrey Sachs, Director of The Earth Institute at Columbia University, of The World in 2050 (TWI2050) project, launched on 10–12 March 2015.

At IIASA’s 45th anniversary conference in 2012, Rockström gave a keynote speech on “Tipping the Scales Towards Global Sustainability” at a reception hosted by the Mayor and City Council at the Vienna Rathaus. He also moderated the IIASA Conference session on “New Concepts in Science Supporting Development.”

He was Convening Lead Author of the Energy and Environment chapter of the Global Energy Assessment, coordinated by IIASA and published in December 2012.

He serves on several scientific committees and boards. He is vice-chair of the science advisory board of the Potsdam Institute for Climate Impact research, chair of the Earth League, chair of the EAT initiative (which advocates for transformation of the global food system to sustainably feed a healthy population of nine billion people by mid-century), and chair of the Water, Land and Ecosystems program of the Consultative Group on International Agricultural Research (CGIAR).

In his home country, he was named "Swede of the Year" 2009 by Fokus magazine for his "engaging and exciting work in sustainable development. In 2010, the magazine Miljöaktuellt ranked him the second most influential person in Sweden on environmental issues, and Veckans Affärer gave him its "Social Capitalist Award."

In 2011 he chaired the third Nobel Laureate Symposium on Global Sustainability in Stockholm.