Shalini Randeria is Rector of the Institute for Human Sciences (IWM), Vienna and Professor of Social Anthropology and Sociology at the Graduate Institute of International and Development Studies (IHEID), Geneva. She holds Visiting Professorships at the Social Science Research Centre Berlin (WZB) and the FU, Berlin. 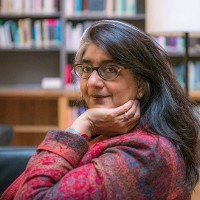 Randeria has participated in the Alpbach-Laxenburg Group, a reflection group founded by IIASA and the European Forum Alpbach, and gave a keynote address on “Precarious livelihoods, disposable lives, and struggles for citizenship rights” as part of the Austrian Academy of Sciences (ÖAW) and IIASA public lecture series.

Interview: Disposable lives, globalization, and the future of sustainability