E. William Colglazier is a key figure in bridging the science-policy divide and building science diplomacy and international collaboration in science and technology. Currently Visiting Scientist and Senior Scholar in the Center for Science Diplomacy at the American Association for Advancement of Science (AAAS), he is perhaps best known for his role as the fourth Science and Technology Adviser to the US Secretary of State from 2011 to 2014. 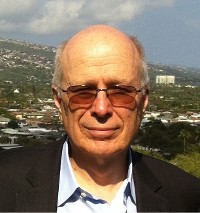 After completing his PhD in theoretical physics from the California Institute of Technology in 1971, he worked at the Stanford Linear Accelerator Center, the Institute for Advanced Study in Princeton, the Center for Science and International Affairs at Harvard’s Kennedy School of Government, and the University of Tennessee. While at Harvard, he also served as Associate Director of the Program in Science, Technology, and Humanism of the Aspen Institute.

As Professor of Physics at the University of Tennessee, he directed several research centers dealing with environmental, energy, and waste management issues and worked with scientists at Oak Ridge National Laboratory and Oak Ridge Associated Universities. In 1976-77, he was an AAAS Congressional Science Fellow working for Congressman George Brown. He has served as Chair of the Forum on Physics and Society of the American Physical Society (APS), as well as being a Fellow of both the AAAS and APS.

From 1994 to 2011, he was Executive Officer of the National Academy of Sciences (NAS) and the National Research Council where he helped to oversee studies that provided independent, objective scientific advice on policy issues. In this role he also oversaw the return to the NAS of the US National Member Organization of IIASA in 2003. He was a strong supporter of the activities of the NAS US Committee for IIASA, building connections between IIASA and US Government agencies and academic institutions. During and since his tenure at the State Department, he has served as a vital adviser to the IIASA Directorate on Science for Policy and Diplomacy.

In 2015 he received the Joseph A. Burton Forum Award of the American Physical Society that recognizes “outstanding contributions to the public understanding or resolution of issues involving the interface of physics and society” and the Order of the Rising Sun, Gold Rays with Neck Ribbon, for “contributing to science and technology exchange and mutual understanding between Japan and the United States.”

The IIASA–US relationship is central to the Institute and this info sheet focuses on key aspects of this beneficial relationship since 2008.