In the Institute's first eight years, more than 140 more scientists came from 19 countries to participate in what became IIASA's Energy Systems Program. This concluded with a very comprehensive and influential book, Energy in a Finite World, published in 1981. 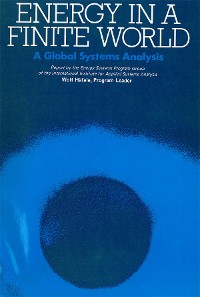 "Time is our most scarce and valuable resource."

The research by the Energy Systems Program Group of IIASA, published in 1981, was the first truly global and long-term examination of the energy future and the first in which scientists from East and West collaborated. By using a consistent model of worldwide energy supply and demand, it for the first time allowed global energy demands to be compared with the likely available supplies.

Two energy transitions needed: The book's main goal was to identify strategies for the transition from a world reliant on oil and gas to one served by sustainable sources of energy. The original expectation that this could be accomplished within the 50-year horizon of the study turned out to be too optimistic. IIASA scientists found that there would have to be two transitions: the first—from relatively cheap and clean conventional sources of oil and gas to more expensive and dirtier unconventional ones—would continue through 2030. The second—to essentially infinite supplies of solar, nuclear, and renewable energy—would not be completed until the late 21st century. However, such a system would adequately sustain the then-anticipated global population of about 10 billion for many centuries.

Fast deployment of new energy resources required: In the past, new primary energy sources, such as coal, oil, and gas, have required some 100 years to increase their global market share from 1 to 50%. Therefore, solving the energy problem would depend not on which energy resources should be chosen, but how fast they could be deployed.

The book also provided the factual basis for designing a strategy to reach a global sustainable energy system. By identifying the key problem areas, it was intended to help policymakers provide for an orderly growth of energy resources to satisfy growing world needs in peacetime.

As Professor Wolf Häfele, IIASA's then Deputy Director and Leader of the Energy Systems Program, put it: "If we fail to meet the challenge of the energy squeeze within the next couple of years, we may have to pay a much higher price in the long run. Time is our most scarce and valuable resource."