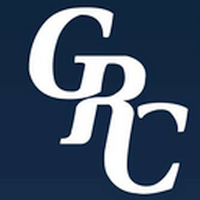 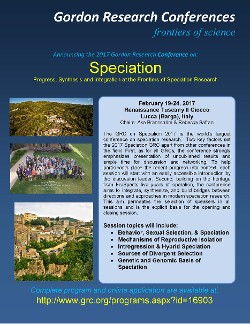 Click the image to enlarge the GRC Speciation 2017 poster.

Two key factors set the 2017 Speciation GRC apart from other conferences in the field. First, as for all GRCs, the conference strongly emphasizes presentation of unpublished results and ample time for discussion and networking. To help participants place the recent progress into context, each session will start with an easily accessible introduction by the discussion leader. Second, building on the heritage from FroSpects five years of operation, the conference aims to integrate, synthesize, and build bridges between directions and approaches in modern speciation research. This aim permeates the selection of speakers in all sessions and is the explicit basis for the opening and closing session.

Providing further opportunities for young researchers, the conference will be directly preceded by a two-day Gordon Research Seminar (GRS), co-chaired by Amanda Hund and Laurel Symes, that allows early-career scientists the chance to get involved at the forefronts of modern speciation research. Participants of the GRS will engage in scientific discussions on salient topics of interest, thereby gaining knowledge and confidence for their participation in the following GRC. In addition to the direct benefit for young researchers, the GRS also helps ensure that the conference will be attended by speciation researchers from all career stages from recent PhD students to respected authorities and leading international experts on speciation research.

For the agenda including the confirmed invited speakers click here. 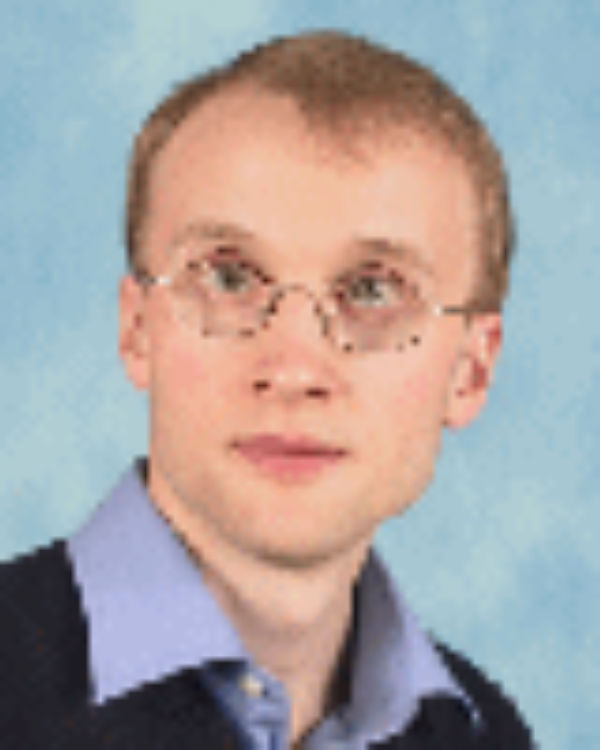