World Population and Just Societies Program Director Raya Muttarak will talk on 9 April at the webinar on Population, Food and the Environment co-organized by the International Union for the Scientific Study of Population (IUSSP) and Population Association of America (PAA). 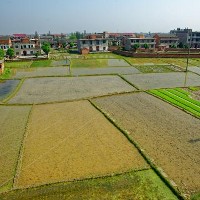 While the population debate ran high in the 1960s and 1970s, it has not lost any of its urgency today. Among the many challenges that our world is facing such as climate change, poverty and inequality, ongoing world population growth ranks very high, with another two billion people to be added to the world population by the middle of the century.

The webinar engages different perspectives on the economic, social, and environmental impacts of population growth addressing persisting inequalities and regional variations in a round table about population, food, and the environment. Reminiscent of the wager between Paul Ehrlich and Julian Simon on prices of natural resources in the population debate of the 1960s, the starting point of the current round table is the outcome of a bet on food prices between panelists David Lam and Stan Becker, 10 years ago, following David Lam’s 2011 Presidential address at the PAA. Their bet is set against the background of impressive progress the world has made over the last 50 years in reducing poverty and increasing per capita food production, while world population grew at historically unprecedented rates.

Raya Muttarak will talk about climate change and differential food consumption and food security from a demographic perspective and discuss broader population and environmental contexts of the debate with John Bongaarts, Vice-President and Distinguished Scholar at the Population Council. Dr. Muttarak's research focuses mainly on the intersection of social inequality, differential vulnerability and environmental change. She has published widely in the field of population dynamics, environment and sustainable development including publications in high impact journals such as Science, Nature Climate Change, Nature Sustainability, The Lancet and Global Environmental Change. In 2018-20, she served as a Chair of Population-Environment Research Network of the International Union for the Scientific Study of Population (IUSSP).

For more information regarding participation please visit the event website.