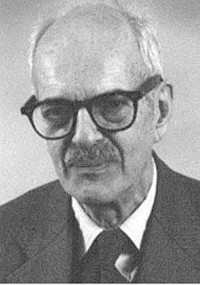 Nathan Keyfitz, leader of IIASA's Population Program from 1983 to 1991 and IIASA Deputy Director during 1992, passed away on 6 April  2010, at the age of 96. Keyfitz was one of the giants of demography. He is credited for developing the field of mathematical demography and at IIASA he also pioneered the application of demographic methods to several other fields.

It was at Chicago that Nathan began to apply mathematical tools and computer technology to the analysis of demographic data. In 1968 he published his groundbreaking Introduction to the Mathematics of Population that described his methodology.

At IIASA he increasingly applied these demographic methods to areas outside of demography as he flourished in IIASA’s interdisciplinary atmosphere in areas such as sustainable development and foreign aid. Much of the work IIASA’s Population Program is doing today – from applications of the multi-state model to probabilistic population projections to population-environment analysis – has its roots in Nathan’s creative ideas.

After leading IIASA's Population Program, Nathan became an Institute Scholar from 1992 to 1993, and served as IIASA's Deputy Director from April to October 1992, when he led the organization of the major 1992 IIASA conference on the challenges for systems analysis in the nineties and beyond. Nathan also established an association for IIASA alumni, known as the IIASA Society, which today has nearly 900 members.

Nathan, who was married to Beatrice (Orkin) Keyfitz from 1939 until her death in October 2009, had two children, Barbara and Robert.

We were privileged to have him at IIASA and we will always treasure his memory. He was exceedingly dedicated to IIASA and an incredibly kind and humble person given his seminal contributions to research.