IIASA’s World Population Program significantly contributes to the regional and global level policy dialog on sustainable development by focusing on the policy application of its scientific results and their interdisciplinary nature. 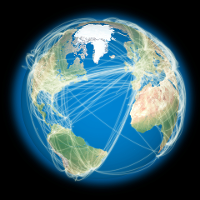 As stated in the IIASA strategic plan: The key to IIASA success lies in conducting integrated systems analysis, emphasizing the linkages between problem areas, drivers of global change, methodology innovation, and policy relevance. Over the last five years IIASA’s World Population Program has significantly contributed to the regional and global level policy dialog on sustainable development through both feeding the global processes of assessing progress and shaping new targets within the ICPD (International Conference for Population and Development) Beyond 2014 and MDG (Millennium Development Goals) post 2015 initiatives and development of the new Shared Socioeconomic Pathways (SSPs) scenarios within the IPCC context, as well as individual contributions of the key program scientists at the global and regional conferences.

With UNFPA financial support POP assembled a global panel of experts to consolidate the evidence linking population factors to green growth and sustainable development. The results were summarized in the Laxenburg Declaration on Population and Sustainable Development (Lutz et al. 2012) and subsequently introduced by UNFPA into widespread deliberative process leading up to the Rio+20 Conference. Another important contribution to the same process was production of the population and education components of the new SSPs that will be used by the global Integrated Assessment Community over the coming years to address the socioeconomic challenges related to climate change, mitigation and adaptation.

Critical population policy gaps and possible solutions were identified and elaborated by the POP researchers based on the comprehensive data analysis and population projections use. Generated findings were presented in the Population Trends and Policies in the UNECE Region: Outcomes, Policies and Possibilities report (Vobecká et al. 2013), as well as at the number of high level expert and policy meetings. Based on the identified policy gaps and existing best experiences, the 36 policy recommendations in the context of the initially identified four “hot questions” were formulated. Most of these recommendations are appropriate for all countries in the region; some, however, must for now be considered as the policy goals rather than immediate recommendations, because some countries are not yet ready for their enactment in policy. The most central and important recommendations are formulated around investment in human capital, education in particular.

POP made a substantive input into the 2013 Human Development Report (HDR) 'The Rise of the South: Human Progress in a Diverse World', which examines the profound shift in global dynamics that is being driven by the fast-rising powers of the developing world and the implications of this phenomenon for human development. The population and human capital data and projections developed by POP in collaborations with the other partners in the Wittgenstein Centre for Demography and Global Human Capital were used throughout the report. World Population Program Leader Wolfgang Lutz and POP researcher Samir KC further wrote a background paper for Chapter 4 of the report, which focused on policies and projections for sustaining the improvements and participated in several public presentations of the HDR. They also produced research that was included in the 2014 Human Development Report.

Policy relevant scientific results – data, projections and analysis – are presented by POP researchers in the Science journal Policy Forum (Lutz et al. 2008; Sanderson and Scherbov 2010), IIASA POP Newsletter POPNET (sent out in more than 2,500 copies) and developed together with Max Planck Institute for Demographic Research policy oriented newsletter for the German speaking countries Demografische Forschung Aus Erster Hand. Biannual European and Asian Population Data Sheets are the source of data and new approaches to measure population dynamics and, alternately, effectiveness of the population policy for the regional and national development practitioners and decision makers. Last two issues of the European Population Data Sheet were translated into Russian that made the concepts of tempo effect on fertility and perspective age included into population policy discourse in the CIS countries.World Population Program scientists presented the results of the program’s researches at key global conferences influencing global policy frameworks and shaping national policy priorities.

The critical role of the human capital, and specifically the level of education, in the future outlook of the world and its sustainable development was promoted by the POP Director Wolfgang Lutz at such prominent global events as Joint Executive Board of UNFPA, UNDP and UNOPS within the 7 Billion initiative, the Washington Affordable World Security Conference, the Davos World Economic Forum and others.