This project is testing the basic hypothesis that societies can develop the most effective long-term defense against the dangers of climate change by strengthening human capacity - primarily through education. 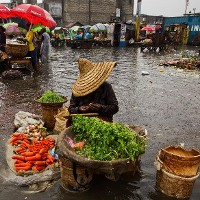 Funded by the European Research Council (ERC) Advanced Grant (“Forecasting Societies Adaptive Capacities to Climate Change” – FutureSoc) that was awarded to World Population Program Director Wolfgang Lutz in 2009, this project is devoted to determining how the changes that societies are likely to undergo over the next several decades will affect their vulnerability to a climate that is more extreme than it is today.

FutureSoc research uses a multidisciplinary approach to test the central hypothesis and presents empirical evidence from different societies based on analyses of various data sources from individual- and household level data, village-level studies, and national case studies to global-level time series analysis. The results are relevant to the formulation of national and international development priorities.

To gather the empirical data needed to reach supportable conclusions about the role of education, FutureSoc included multinational studies of the factors involved in vulnerability and adaptation of populations to Hurricane Mitch which devastated Central America and the Caribbean in 1998, the Asian tsunami of 2004, and various flooding events in South Asia in the last years. These studies show the importance of education in the overall susceptibility of the societies to the extreme event as compared to other factors such as income and wealth. This comparison holds true for both individual and governmental responses to the extreme events and is instructive because enhancing education can involve significantly different policy strategies compared to an approach that focuses on income and wealth or direct investments in infrastructure.

The case study of tsunami-affected areas in the southern coast of Thailand and flood and landslide prone areas in Nepal showed that individuals and communities with higher level of education had greater disaster preparedness and suffered lower loss and damage from natural disasters respectively. The study of the impacts of floods and droughts in Thailand, as well as qualitative interviews conducted in Cuba and the Dominican Republic with regard to disaster vulnerability, also reported that better educated communities tended to be better prepared and hence less vulnerable. Furthermore, the cross-country analysis of fatalities from natural disasters across three decades presents statistical evidence for 108 countries and shows that countries with higher proportion of women with at least secondary education experienced significantly lower mortality. The robust evidence on the protective effects of education in this wide range of different settings implies that better educated societies have greater adaptive capacity to future environmental challenges.

Within the project, a Special Feature “Education and Differential Vulnerability to Natural Disasters” is published in Ecology & Society, including 11 papers on the topic.

New study to consider how society adapts to climate change