Meeting of the Expert Group members to finalize a draft of the Technical Assessment Report intended for review by stakeholders. 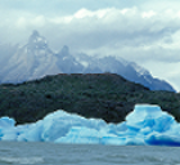 AMAP's current objective is "providing reliable and sufficient information on the status of, and threats to, the Arctic environment, and providing scientific advice on actions to be taken in order to support Arctic governments in their efforts to take remedial and preventive actions relating to contaminants".

There are known to be large reservoirs of methane and organic carbon in Arctic soils, sediments and oceans, and the rapidly warming cryosphere creates the potential for significant changes in methane production and release. The Arctic nations have a unique concern for the impacts of a changing climate on the Arctic but also contribute to a fifth of global anthropogenic methane emissions. The mandate of the AMAP Methane Expert Group is to provide the scientific foundation to support potential methane mitigation options by the Arctic nations, with the intent to contribute to a reduced rate of Arctic warming and feedbacks in the near-term. The Group started its work in 2012 and is expected to finalize its work by end 2014. A technical report is expected ready for release in the spring of 2015. The purpose of the meeting 23-25 April at IIASA is to go through a first draft of the technical report. IIASA researchers Lena Höglund-Isaksson and Kaarle Kupiainen are members of the Group and contributes to the technical report as lead and contributing authors of the chapter on anthropogenic methane emissions.