IIASA has completed a study on the potential for cost-effective air emission reductions from international shipping through designation of further Emission Control Areas on the European Seas with a focus on the Mediterranean Sea. 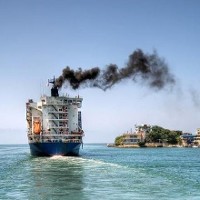 The study explored the impacts of alternative emission control interventions on relevant air pollutant emissions, examined their consequence on ambient air quality in Europe and the neighbouring regions, and explored the resulting improvements in human health. It estimated the costs of the various policy interventions, and compared them with monetized benefits on human health and other impacts.

It is found that further controls of SO₂ emissions, e.g., through SO₂ emission control areas in all European Seas, could deliver rather fast benefits, and avoid up to 4,400 cases of premature deaths annually by 2030, and 8,000 in 2050. In the longer run, by 2050, application of additional NOx control measures could double the health benefits. Even when using the lower (most conservative) health valuation, all reduction measures examined in the report emerged as cost-effective, with monetized benefits exceeding emission control costs typically by a factor of 6 in 2030 and by a factor of 12 in 2050.

Designation of the Mediterranean Sea as an Emission Control Area could cut emissions of SO2 and NOx from international shipping by 80 and 20 percent, respectively, by 2030 compared to current legislation. These additional emission reductions could avoid up to 4,200 cases of premature deaths in 2030 and up to 11,000 annual premature deaths in 2050. Even with the most conservative assumptions for health valuation, monetized benefits are on average more than four times higher than the costs in 2030 and nearly eight times higher in 2050.

Financial support for the study was provided by the European Commission, DG Environment. Results of the study will assist the Commission in its activities and negotiations within the International Maritime Organization (IMO) on further reductions of emissions from maritime transport on European Seas. They have been presented at the Regional Marine Pollution Emergency Response Centre for the Mediterranean Sea (REMPEC) meeting in December 2018 and were subject of discussion at the European Maritime Safety Agency (EMSA) meeting in February 2019 as well as at the IMO MEPC 74th session in May 2019.

Main impacts by scenario and country