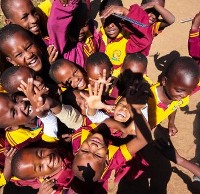 The Royal Swedish Academy of Sciences is inviting five prominent speakers from different disciplines to present the latest advances on the interactions between human populations and the environment in an online symposium. Wolfgang Lutz will talk about population and human capital scenarios for the 21st century in the context of environmental change on Friday, 24 September (see abstract below). The symposium will end with a panel discussion, where the panelists will comment on and discuss the formal presentations.

The world’s population has a documented huge impact on the natural environment, to the extent that human development is said to have given rise to a new geological era, the Anthropocene, where people influence their environment at a geological scale. Simultaneously, human population has exploded during the 20th century to its current level of 7.9 billion. On average, the human population is healthier, lives longer, and with a higher standard of living than in earlier centuries. This development has relied partly on the use of abundant natural resources and ecosystem services. However, recent environmental degradation, including climate change, indicates that ecosystems are reaching critical thresholds and may not be able to provide the same level of support via goods and services as in the past.

For program details and registration visit the WEBINAR WEBPAGE

WATCH THE WEBINAR IN LIFE-STREAM!

Population and human capital scenarios for the 21st century in the context of environmental change.

This presentation will take a long-term global perspective on demographic trends. It is based on a multi-dimensional approach to demography based on the classic definition of demography as the scientific study of changing population size and structures (plural) which goes beyond the frequent narrow focus on age structure and includes changing structures by level of education, labor force participation, place of birth and place of residence and other demographic characteristics.

These demographic concepts will be applied to developing alternative population scenarios for the 21st century – based on the SSPS (Shared Socioeconomic Pathways, which are widely used in the field of climate change analysis). They have been defined on the basis of an extensive global expert inquiry and give alternative scenario for all countries by age, sex, level of education and place of residence with respect to different socioeconomic capacities for climate change mitigation and adaptation. I will also highlight how education turns out to be a key determinant of future adaptive capacity to environmental change. I will also address the implications for these trends on future human wellbeing in different parts of the world and different sub-populations – discussing the new indicator of “Years of Good Life” – and show how demography can importantly contribute to the broader field of sustainability science.