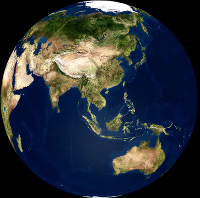 In welcoming the announcement, CSIRO Chief Executive Dr. Megan Clark said that there were very significant synergies to be realized by bringing together IIASA and CSIRO’s internationally regarded systems science, especially in the areas of water, energy, climate and food. “I am confident that our membership of IIASA will provide a very positive platform to further strengthen Australia’s global connections in these critical areas for humanity,” Clark says.

CSIRO is highly regarded globally for large-scale, long-term, multidisciplinary research that addresses both national and international challenges and opportunities. The organization, comprising over 6,000 staff, undertakes research in areas as diverse as marine science to deep space exploration and maintains strong collaborations with many Australian research providers and research adopters, making it an ideal NMO to represent Australia.

“Formalizing the collaboration between IIASA and Australia through CSIRO provides a host of benefits for both partners,” says IIASA Director and CEO Prof. Pavel Kabat. “IIASA’s expertise in global modeling and international integrated assessments will help to strengthen CSIRO’s international networks, Similarly, CSIRO’s researchers will bring Australian expertise to the global research questions that IIASA analyzes.”

“Our NMOs play a significant role in defining the Institute’s organizational and research strategy. They also play a critical role in building networks between IIASA and the research and policy communities within their respective countries and we look forward to enhancing existing ties and establishing new relationships with Australia,” says Prof. Kabat.

IIASA membership not only facilitates collaboration on a global scale between Australia and all of IIASA’s member countries from Brazil to Russia, it also facilitates regional scientific cooperation with the members that border the Pacific from China to Indonesia to Malaysia to Japan to the United States.

Australia’s membership continues IIASA’s growth in the southern hemisphere and South Pacific region. While IIASA was founded as an institute linking scientists in Eastern and Western Europe and the USA during the Cold War, it has grown into a uniquely international institute with a global perspective.