Media Advisory: Registration for IIASA Conference: Worlds Within Reach - From Science to Policy 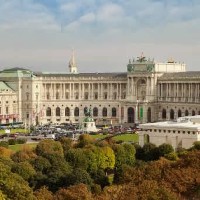 From 24- 26 October, join IIASA in Vienna and Laxenburg, Austria to hear the latest thinking on how science can contribute to policy solutions to global problems, along with new research findings on problems like climate change, energy access, and poverty. The program includes Nobel-prize-winning scientists, policy advisors, and government officials, all focused on one goal: translating science into policy.

How can science make a difference in complex global problems that span national and academic boundaries? The conference is organized as a series of panels that will bring together experts from different fields to discuss a specific issue from a variety of perspectives.

SOCIAL MEDIA: For updates from the conference follow @IIASAVienna or use the hashtag #IIASA2012.