Limiting climate change to target levels will become much more difficult to achieve, and more expensive, if action is not taken soon, according to a new analysis from IIASA, ETH Zurich, and NCAR. 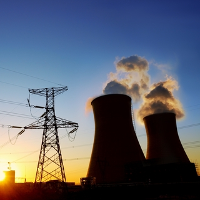 A new paper published today in Nature Climate Change  explores technological, policy, and social changes that would need to take place in the near term in order to keep global average temperature from rising above 2°C, a target supported by more than 190 countries as a global limit to avoid dangerous climate change. This study for the first time comprehensively quantifies the costs and risks of greenhouse gas emissions surpassing critical thresholds by 2020. The findings of the study are particularly important given the failure of the recent climate negotiations in Doha to decide to increase mitigation action before 2020.

The authors show that the 2°C target could still be reached even if greenhouse gas emissions are not reduced before 2020, but only at very high cost, with higher climate risks, and under exceedingly optimistic assumptions about future technologies. The more emissions are reduced in the near term, the more options will be available in the long run and, by extension, the cheaper it will be to reach international climate targets.

“We wanted to know what needs to be done by 2020 in order to be able to keep global warming below two degrees Celsius for the entire twenty-first century,” says Joeri Rogelj, lead author of the paper and researcher at ETH Zurich, who participated in the IIASA Young Scientists Summer Program. The team of researchers analyzed a large array of potential scenarios for limiting global temperature rise to 2 °C above preindustrial levels, a target set by international climate agreements.

Projections based on current national emissions pledges suggest that global carbon dioxide equivalent (CO2e) emissions will reach 55 gigatons (billion metric tons, Gt) or more per year in 2020, up from approximately 50 Gt today. At such levels, it would still be possible to reach the 2°C target in the long term, though it would be more difficult and expensive than if near-term emissions were lower.

For instance, nuclear power would need to remain on the table as a mitigation option, or people would need to quickly adopt advanced technology strategies, including electric vehicles and highly efficient energy end-use technologies such as appliances, buildings, and transportation. Meanwhile, coal-fired power plants would need to be rapidly shut down and replaced with other energy sources. IIASA Energy Program Leader Keywan Riahi, who also worked on the study, says, “You would need to shut down a coal power plant each week for ten years if you still wanted to reach the two-degree Celsius target.”

“If we want to keep as many options open as possible, we should aim to reduce global emissions to 41 to 47 gigatons of carbon dioxide equivalent per year by 2020”, says Rogelj. According to the study, the only way to meet the long-term temperature target without carbon capture and storage is to ensure that emissions fall within this near-term range.

“What we do over the next eight years really determines the feasibility and choices that we have in the long term,” says Riahi. “Some of these options for policies and technological change are still choices, such as phasing out nuclear power. We lose these choices if we overshoot certain thresholds.”

The study goes beyond previous analyses by directly assessing how high emissions in 2020 can go before the long-term target of 2 °C is no longer attainable. “Under some conditions, the two-degree target is feasible if countries meet the emissions pledges for 2020 they made in the Cancun Agreement,” says co-author Brian O’Neill, of the National Center for Atmospheric Research in Boulder, Colorado. “But if we allow for the possibility that some technologies may not pan out, or are overly costly or have undesirable consequences, then larger reductions have to be made this decade.”

“Our analysis shows that we are very dependent on key technologies like carbon capture and storage and on land-consuming measures like afforestation and the cultivation of crops for biofuel production,” says Rogelj. “If we want to become less dependent on massive implementation of these technologies to make it below two degrees Celsius, we need to reduce emissions by 2020 and use energy more efficiently.”

The study highlights the importance of reducing energy demand and improving efficiency as perhaps the most effective way to mitigate climate change this decade, echoing previous work from IIASA and others (Global Energy Assessment, 2012). In scenarios with lower energy demand growth, the researchers find a much greater chance that global temperatures would not rise more than 2 °C, with much more flexibility in the methods and technologies required to reduce greenhouse gases.

“Fundamentally, it’s a question of how much society is willing to risk,” says IIASA energy researcher David McCollum, another study co-author. “It’s certainly easier for us to push the climate problem off for a little while longer, but if we do that, then we risk that certain mitigation options may not ultimately be available in the long run. What’s more, from the perspective of the global climate system, continuing to pump high levels of emissions into the atmosphere over the next decade only increases the risk that we will overshoot the two-degree target.”

This is a joint press release from the International Institute for Applied Systems Analysis (IIASA) in Laxenburg, Austria, ETH Zurich in Switzerland, and the National Center for Atmospheric Research (NCAR) in Boulder, Colorado.

IIASA is an international scientific institute that conducts research into the critical issues of global environmental, economic, technological, and social change that we face in the twenty-first century. Our findings provide valuable options to policy makers to shape the future of our changing world. IIASA is independent and funded by scientific institutions in Africa, the Americas, Asia, Oceania and Europe. previous.iiasa.ac.at