Much more must be done to develop energy efficient cars, buildings and domestic appliances to halt climate change, according to new research from IIASA,  the Tyndall Centre for Climate Change Research at the University of East Anglia. 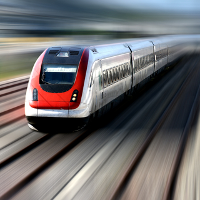 A report published today in Nature Climate Change shows that twice as much effort is being spent on developing energy supply technologies - such as new power stations - than is spent on improving the ways energy is used.

The research shows that efficient end-use technologies have the potential to contribute large emission reductions and provide higher social returns on investment - so the imbalance in spending must be redressed to mitigate climate change.

Charlie Wilson, a researcher at the Tyndall Center for Climate Change at the University of East Anglia, and an affiliated researcher at IIASA, led the study, which was co-authored by IIASA researcher Arnulf Grubler and an international team of scientists.

They found that innovation efforts directed by public institutions, policies, and resources allocated overwhelmingly favour innovation efferts into energy supply technologies. But this is at the detriment of efficiency in energy end-use where the potential gains are higher.

Wilson says, “About two-thirds of all public innovation efforts are directed toward energy supply technologies. It is vital that innovations in renewable energy supply continue, but the imbalance in spending needs to be redressed urgently to mitigate climate change. Evidence strongly suggests that energy end use and efficiency currently stand as the most effective ways to mitigate climate change”

The new study assesses energy technology innovation systematically and quantifies the relative emphasis placed on energy supply technologies versus the end-use of energy.

They found that efficiency in energy end-use outperforms supply technologies in all three areas. They occupy a greater share of energy system investments and capacity and engage higher levels of private sector activity, they offer higher potential cost reductions, and they provide higher social returns and higher emission reduction potentials.

But the study shows a disproportionately high focus of effort invested in innovation in energy supply technologies – right across the energy research and development sector.

“In contrast, improvements in things like domestic appliances and more energy efficient transport  are underrepresented compared to their potential energy savings,” Grubler says.

According to the International Energy Agency, the total public sector research and development spend for all energy end-use and efficiency innovations from 1974–2008 was around $38 billion.

“This is less than the $41 billion spent on nuclear fusion alone - a single, and highly uncertain energy supply option which is still to make any contribution to a low carbon future,” says Wilson.

Meanwhile subsidies for fossil fuels, estimated at around $500 billion, dwarf innovation investments of around $160 billion into non-fossil fuel energy.

“The multitude of small-scale innovations that improve end-use efficiency often go unnoticed because they don’t have the glamour of solar panels and wind turbines, and they don’t benefit from the well-established institutions, powerful market interests, and political influence that support supply technologies such as fossil fuels, nuclear, and wind and solar power. Yet end-use efficiency innovations have more potential and provide higher social returns on investments.”

‘Marginalization of end-use technologies in energy innovation for climate protection’ is published in Nature Climate Change on October 26, 2012.

The study was conducted by an international team of researchers including Charlie Wilson from the Tyndall Centre for Climate Change Research, at UEA (UK), Arnulf Grubler from IIASA (Austria) and the School of Forestry and Environmental Studies at Yale University, (USA) Kelly Sims Gallagher from the Fletcher School at Tufts University (USA), and Gregory Nemet from the La Follette School of Public Affairs at the University of Wisconsin (USA). It builds on a collaboration and research carried under the auspices of the Global Energy Assessment (GEA).