Water as a global system: Kabat keynote at IWA

IIASA scientists are examining water problems from a new perspective – looking at a global resource from an interdisciplinary and international perspective. 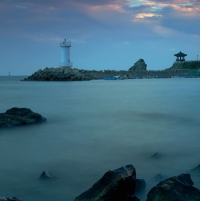 IIASA Director and CEO Prof. Pavel Kabat will give a keynote speech today at the International Water Association Conference in Busan, Korea. During the talk he will discuss recent findings on climate change, water, and energy supply. He will also announce a new IIASA-led initiative to produce water scenarios for the next World Water Forum in South Korea in 2015.

“When people think about water problems, they often focus on one aspect—drinking water, for instance, or irrigation for agriculture,” said Kabat. “But water is omnipresent in our world. We have to think bigger.”

Worldwide, 3 to 4 billion people do not have access to safe drinking water in their homes, according to the 2012 UN World Water Development Report. That number is likely to grow as world population increases to a projected 9 billion people in 2050. But pressures on water supply come from more than just the drinking water supply, and the effects of water shortages have impacts that ripple out through society.

“We need to look at water from a systems perspective,” said Kabat. “That’s the only way to find effective solutions.”

When droughts and heat reduce river flows, the impacts of water scarcity hit people everywhere. People need water for drinking. Farmers need water for irrigation to produce food. Hydroelectric power plants need minimum river flows for power production. And when drought and sea level rise hit low-lying areas, saltwater can travel for miles up rivers, making the once life-giving water undrinkable and unusable for irrigation. Recent work by Kabat and colleagues has also shown that climate change is likely to lead to declining river flows that will have major impacts on energy systems worldwide.

What will happen with water as climate change becomes more pronounced around the world? All the connections in the water system mean that new policies will have impacts far beyond their intended goals.

IIASA’s new project, Global Water Futures and Solutions: World Water Scenarios, follows on UNESCO’s World Water Scenarios Project, results of which were released at the 6th World Water Forum in March 2012. Bill Cosgrove, who led the UNESCO project, is heading IIASA’s project, which will be the first multi-sector analysis, pulling in research from multiple disciplines and using multiple models to get the clearest possible understanding of water as a global system.

About IIASA:
IIASA is an international scientific institute that conducts research into the critical issues of global environmental, economic, technological, and social change that we face in the twenty-first century. Our findings provide valuable options to policy makers to shape the future of our changing world.

IIASA is independent and funded by scientific institutions in Africa, the Americas, Asia, and Europe. previous.iiasa.ac.at