IIASA and the UN: The water energy nexus 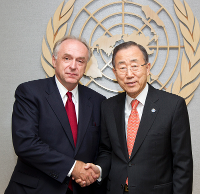 During the meeting, Ban and Kabat discussed collaborations, past and present between IIASA and the United Nations. In particular, the two discussed research that ties into the water-energy nexus. For example, the new Global Water Futures and Solutions: World Water Scenarios Project, a joint IIASA, UNESCO, and World Water Council initiative will assess current and future states of  water resources around the world. The new project brings together scientists and stakeholders from both public and private sectors, and decision makers to provide better and solution oriented information for water managers at a local and global level. Kabat was accompanied at the meeting by Chin-Min Lee, his special advisor.

Kabat presented Secretary General Ban with a copy of the recently released Global Energy Assessment (GEA), the most comprehensive assessment to date of global energy challenges and potential solutions. The GEA was supported in part by a range of UN organizations, and it fed into the UNSG’s new Sustainable Energy for All initiative.

Kabat emphasized the need to study water and energy together, because the two systems are intertwined. For example, recent IIASA research published in Nature Climate Change showed that climate impacts on river flow and water temperatures could result in shortages of cooling water and in reduced energy supply in the future.

Kabat and the Secretary General also discussed how to increase the role of science in global policy debates. Kabat explained how the Russian government has invited IIASA to participate in in international scientific committee to support the upcoming G20 meeting in St. Petersburg next year.

Kabat thanked the Secretary General  for his support of the upcoming IIASA 40th Anniversary Conference: Worlds Within Reach – From Science to Policy. 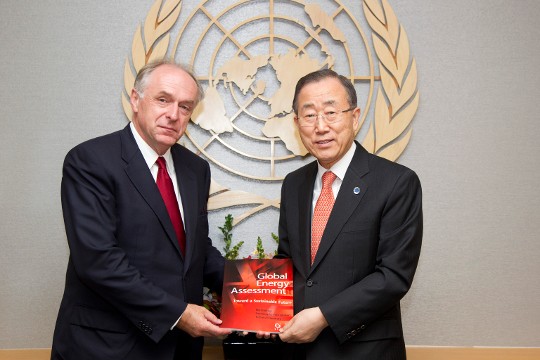 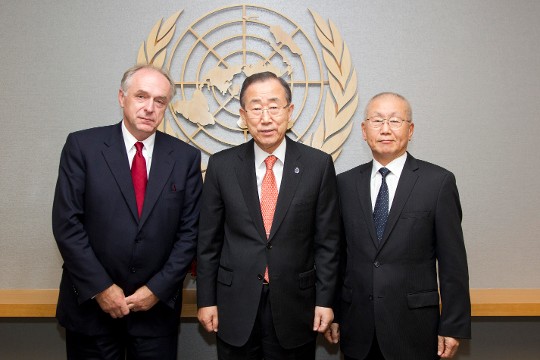 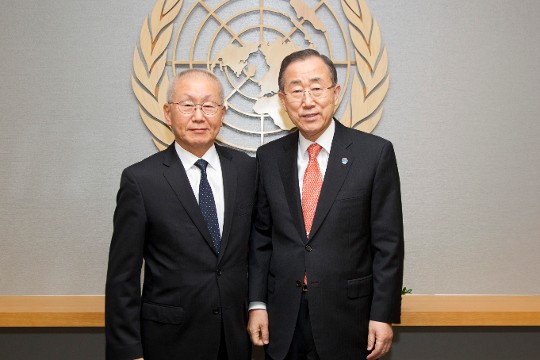