Wolfgang Lutz elected to the Austrian Academy of Sciences

Laxenburg, Austria, 09 May 2012 – One of the world’s foremost population experts and Leader of the World Population Program at the International Institute for Applied Systems Analysis (IIASA), Professor Wolfgang Lutz, has been elected as a full member to the Austrian Academy of Sciences (Humanities). Membership in the Academy is one of the highest honors for individual contributions to science awarded in Austria. 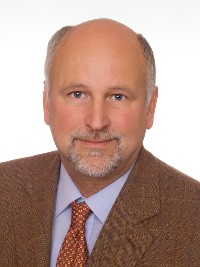 Election to the Academy is in recognition of Professor Lutz’s long-standing contributions to global demographic research. In particular, his innovative thinking and leadership have pioneered the development of methodologies to analyze the relationships between population, human capital, and the environment.

The development of probabilistic population projections by not only age and sex but also level of educational attainment for all countries has, established IIASA as a global leader in the analysis of the dynamics of population growth. These projections are also widely used for studying interactions between population trends and environmental change at national, regional, and global levels.

Through his partnerships with research organizations in Asia, Africa, the United States and across Europe, Lutz has also facilitated global partnerships in demographic research.

“On behalf of his colleagues and the leadership of IIASA I congratulate Wolfgang on this enormous honor. He is a true leader in the world of demographic research and is tireless in his efforts to improve the quality, accessibility, and application of population information to both the scientific and policy making communities,” commented Prof. Pavel Kabat, Director/CEO of IIASA.

Formal confirmation of membership is made by the Federal President of Austria during the Feierliche Sitzung, May 9 2012 at the Academy.

About Wolfgang Lutz:
Wolfgang Lutz joined IIASA in 1985. Since 1994 he has lead IIASA’s World Population Program. He is the Founding Director of the Wittgenstein Centre for Demography and Global Human Capital (a collaboration between IIASA, the Austrian Academy of Sciences and the WU-Vienna University of Economics and Business) and Director of the Vienna Institute of Demography (VID) of the Austrian Academy of Sciences. He is Full Professor of Applied Statistics at the WU and a Research Fellow at the Oxford Martin School for 21st Century Studies. Lutz is co-author or co-editor of 28 books and more than 200 refereed articles, including seven in "Science" and "Nature". In 2008 he received an ERC Advanced Grant, in 2009 the Mattei Dogan Award of the IUSSP and in 2010 the Wittgenstein Prize, Austria.

About IIASA:
IIASA is an international research institute that conducts inter-disciplinary scientific studies on environmental, economic, technological and social issues in the context of global change. Key areas of investigation include climate change and energy, food and water, and poverty and equity. IIASA is suppported by National Member Organizations (NMOs) in 18 countries, covering Africa, the Americas, Asia, and Europe. More about IIASA at previous.iiasa.ac.at