Impact Sheet #6, November 2014. In 2007 the Intergovernmental Panel on Climate Change (IPCC) asked the scientific community to develop new scenarios for the Fifth Assessment Report. IIASA scientists contributed to developing two new sets of scenarios: the Representative Concentration Pathways (RCPs)—four pathways for emissions, concentrations, and radiative forcing; and the Shared Socioeconomic Pathways (SSPs)—five possible paths human societies could follow over the next century. The RCP and SSP databases are hosted by IIASA. 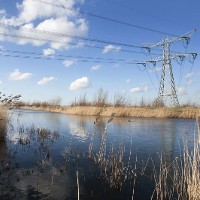 In a 1978 study commissioned by the US National Academy of Sciences, Nobel Laureate Tom Schelling discovered that IIASA was the only organization conducting integrated work on climate change, how it might affect humanity, and the possible solutions to it.

IIASA undertook a number of climate change initiatives in its first 20 years. IIASA energy scientists developed an inventory of more than 1,500 energy and emissions mitigation technologies. These underpinned the Second (1995) and Third (2001) Assessment Reports of the IPCC and its Special Report on Emissions Scenarios (SRES) (1996). The coordinating lead author of the 1996 SRES was Nebojsa Nakicenovic, IIASA deputy director general.

Development of RCPs and SSPs

The RCPs, published in 2009, span the range of possibilities between a future without mitigation of greenhouse gases and one with an ambitious climate policy. They cover four
possible year-2100 radiative forcing levels (or CO2-equivalent concentrations) chosen from the literature. IIASA scientists used the MESSAGE model to produce scenarios for the highest
emissions scenario, which features inadequate climate change policies, high population, relatively slow income growth, modest rates of technological change and energy intensity
improvements, and resultant high energy demand and comparatively high greenhouse gas emissions. In 2011 IIASA began work on quantifying one of the five new SSPs for use alongside the RCPs as a framework to analyze feedbacks between climate change and socioeconomic factors such as world population growth, economic development, and technological progress. Three IIASA programs collaborated on SSP scenario development covering energy, land use, and future social transformations to sustainability.

What does the IPCC report mean for climate policy?