It is with great sadness that IIASA marks the passing of Manfred Strubegger. An outstanding scientist in the Energy Program, he was instrumental in the development of the program’s core modeling framework. 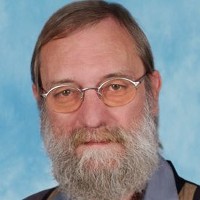 Manfred, a physics graduate from the Technical University of Vienna, spent his early years at IIASA designing and applying the energy-systems model MESSAGE. Since the early 1980s MESSAGE has become the core analysis tool of the IIASA Energy Program. He continuously enhanced the model to respond to new challenges not foreseen at the time of the original design, ranging from accounting pollutant releases from energy conversions facilities throughout the energy system to climate change mitigation and the interlinkages of the energy system with water and land use systems.

As a talented researcher, he possessed the dual skills of an energy systems expert and computer code developer, a rare combination, which allowed him to become the mastermind behind MESSAGE model.

By aiding decision makers in energy-system planning, MESSAGE provides a framework for assessment of major energy challenges. It has provided vital input for major international assessments by bodies such as the Intergovernmental Panel on Climate Change, the European Commission, and the World Energy Council.

In addition, his also focused specifically on the design and build-up of a European natural gas model, examining the demand and supply options for different regions in eastern and western Europe through the lenses of EU gas supply security and principal gas exporters’ demand security.

His interest in environmental protection manifested itself in comparative assessments of the environmental consequences of pollutant releases along different energy chains—from resource extraction to the provision of energy services. This work eventually led to his involvement in the design of a Zero Emission Energy Supply System, based on the chemical decomposition of hydrocarbons.

Outside the institute, he worked as a consultant for numerous private and government organizations, and in particular used his expertise to conduct training courses on energy-environment analyses and planning in developing countries on behalf of the International Atomic Energy Agency. At IIASA as well as at the International Atomic Energy Agency, Manfred has taught many generations of energy modellers since the 1980s. Despite his ingenuity in translating real world problems into mathematical formulations, he was also a warm, accessible, enthusiastic and caring teacher. His legacy will be with the scientific community for decades to come.

At the time of his passing, he had been working with the IIASA Energy Program for nearly 40 years, having joined what was then the Energy Systems Program in May 1979. His exceptional judgement and long-standing experience will be sorely missed.