John Lanchbery, who was a part of the International Environmental Commitments Project from 1993-1996 at IIASA, recently passed away in East Hatley, England. Below alumni honor his memory with personal reflections. 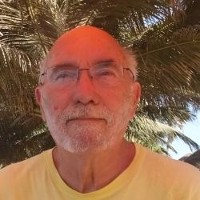 Colleagues at the Royal Society for the Protection of Birds (RSPB) remember John Lanchbery as "a physicist and climate change guru. He was a veteran of international climate change negotiations who attended the Rio Earth Summit in 1992 and every international meeting on climate change since then, representing the RSPB and BirdLife International since 1998. His insider knowledge of the process and the people involved was unparalleled and he was a quietly influential figure in climate circles, particularly when it came to the role of forests and land use in the global climate.

John was the quiet intelligence on climate change for twenty years at the RSPB.  He operated through calm consideration, in both scientific and personal realms. As a physicist, he knew climate change inside out; as a scientist, his curiosity and knowledge expanded way beyond normal bounds; as a colleague, his kindness and interest always found time for anyone and everyone.  Instantly recognizable through a timeless yet quietly distinctive dress code, and through easy conversation, John was a massive, discreet presence for the RSPB, a rock for climate change colleagues wherever he found them.

IIASA alumnus David Victor, who co-led the Implementation and Effectiveness of International Environmental Commitments project, remembers, "John was friendly, kind, thoughtful and a wonderful member of the team. Whenever everyone was taking themselves too seriously, John put us back on Earth with perspective. He had a special skill in moving between frontier academic research and practical real-world application, with a wry smile. He will be missed."

IIASA Deputy Director General & Deputy CEO Nebojsa Nakicenovic knew John from his time at IIASA and more recently from the Conference of the Parties (COP) UNFCCC meetings. "John was very active and with his knowledge was needed in the process. I have learned a lot from him about negotiations. One of the many complexities of the climate change challenge is that scientists do not understand negotiations, and negotiators do not understand science. John had a great knowledge about both. I will also always remember his good sense of humor. He was always ready to give advice and, in my case, explain what is going on during COPs."

Blog: 'A reflection on the RSPB AGM'