In Memory of Barbara Lübkert - Alcamo

IIASA was saddened by the news of Barbara Lübkert - Alcamo's death on 13 February 2018. Below colleague Maximilian Posch and Leen Hordijk pay tribute to Barbara's memory with personal reflections. 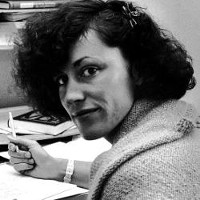 Barbara Lübkert (later: Alcamo) during her early days (1986) at IIASA.

With shock and disbelieve, I learned of the untimely passing away of Barbara. I knew Barbara since her first days at IIASA, where she was, during my time there, at first a YSSP-er and then a staff member of the RAINS project. She was one of the first to work on nitrogen as a pollutant in a still sulphur-dominated acidification scene, and she laid the groundwork for adding nitrogen to the RAINS model. After her marriage in 1988, with my friend and colleague Joe Alcamo, we stayed in touch, which was intensified when Barbara and Joe moved to the Netherlands. There Barbara worked for WHO-Europe, and I had the pleasure to work with her for a couple of months on mapping the health effects of air pollutants. After my own move to the Netherlands in 1994, Barbara and Joe offered me accommodations for the first months of my stay. Also, after the now enlarged Alcamo family moved to Kassel in Germany, we stayed in close contact, and I was frequently enjoying their hospitality in Kassel and in Barbara’s retreat in northern Germany.

Although our encounters became less frequent over the last years, Barbara kept in touch with annual reports on her family’s life and adventures. I will always cherish my memories of Barbara as a lively, determined, very interested and friendly woman. 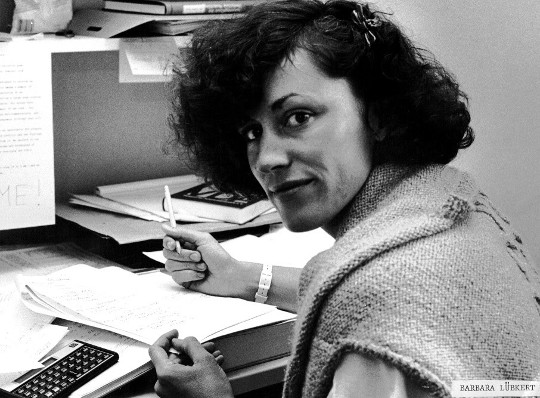 This picture was taken for, and posted on, the billboard introducing staff members and YSSP-ers of the project.

Many people gathered in a church in Kassel, Germany, on 3 March for the Trauerfeier (the memorial service) of Barbara Lübkert - Alcamo.

Joe spoke beautiful words, the pastor did too in a different way, and the oldest daughter sang an Irish song. There were tears, but people were also smiling when Joe said a few words on ‘what you might not know about her’. It was a true service in honor of Barbara!

With the very sad passing of Barbara, many fond and dear memories flew through our heads. The memories include the years at IIASA in the eighties when Joe and Leen worked in the Acid Rain project, our time in Baden near Vienna where we lived with our three sons, and in  the following years when we visited IIASA in the summer and stayed in Vienna. We continued to see each other in the Netherlands, where Joe and Barbara lived for a few years, and we attended the baptism of their children. We think back about a weekend in Bangalore during our trip in India, where the Alcamo family lived while Joe was on sabbatical. Our children share many of these memories. The ties with our youngest son were special.

We, and the whole Hordijk family, will remember Barbara with love and warm feelings. She will be greatly missed by Joe, their children, relatives and many friends!

Please feel free to share your messages of support or memories of Barbara in the space below.