It is with great sadness that IIASA marks the passing of Nobel Laureate Professor Paul J. Crutzen on 28 January 2021. He was a great friend and supporter of the institute. 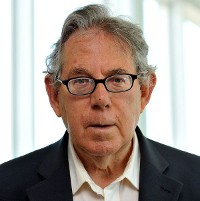 “Paul Crutzen was an absolute authority in atmospheric sciences. This by far exceeded the topics he was best regarded for, like his studies on the causes of stratospheric ozone decline or even the anthropocene — the geological period impacted by human activity. Whatever the obscure problem one had to investigate, he already knew the answer,” comments IIASA researcher Wilfried Winiwarter, who worked with Crutzen when he was at IIASA in the summer of 2006.

Crutzen first visited IIASA in the 1980s when he collaborated with the Sustainable Development of the Biosphere Project, which resulted in a publication with William C. Clark and Robert E. Munn as editors. He participated in reviews of the institute's work in the 1990s and spent summers at IIASA from 2002-2008. Crutzen was noted for saying, “Only an international, interdisciplinary research institute like IIASA can bring together experts from numerous disciplines and counties to effectively examine the global challenges facing our world. I only regret not having more time to spend at IIASA.”

Born in Amsterdam and trained as a civil engineer, Crutzen was known for coining the term anthropocene, and won the Nobel Prize in Chemistry in 1995 for his work in atmospheric chemistry, particularly concerning the formation and decomposition of the ozone layer. He was also the former director of the Max Planck Institute for Chemistry, and they are also collecting condolences and memories on their webpage.

Winiwarter remembers when he met Crutzen in 2006: “I encountered not only a brilliant mind that was able to anticipate research needs well in advance, but also a very modest person. Paul was eager to listen, accept suggestions from his counterparts and easily and matter-of-factly admit where he was wrong – only to take up the correct version in his arguments. Despite his soft way of speaking, he was very insisting and fought for his positions once he had formed them after careful consideration. During that summer we worked on a paper together, and despite the brilliant underlying ideas, it took quite a bit of effort to publish – but it was an effort that clearly paid off, as it also had significant impact on scientists and practitioners due to the out-of-the-box approach that we had pursued. I only had the opportunity to meet him on a few occasions thereafter, and was always intrigued by his very clear, very steady way of expressing his ideas and thoughts. It is sad to see him leave, but it has been a unique experience and a privilege to work with this phenomenal person.”

All of us at IIASA salute a great scientist, a creative thinker and a dear friend of the Institute – you will be sorely missed. To share your memories of Prof. Crutzen at IIASA, please send us an email.