IIASA colleagues and friends of Dr. Robert “Bob” White were saddened to hear of his death on 13th October 2015. As an insightful leader, an outstanding meteorologist, and a visionary in the field of global change, Bob proved a staunch friend to IIASA over many years. 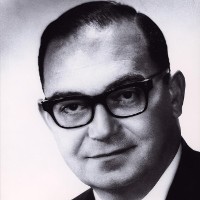 In 1990, Bob took on the role of chair of the committee which served at that time as the US National Member Organization (NMO), and in the same year became the US member of the IIASA Council. This was a pivotal time in the history of institute. As the Cold War ended, the key objective of the institute—to foster mutual understanding among scientists from East and West—had been achieved. At that point, IIASA sponsor countries could have said “mission accomplished,” and disbanded the institute. However, IIASA had also shown the scientific benefits of bringing together different nationalities and disciplines to work toward common goals, and it had more to give.

Known for his excellent decisions and wise counsel, Bob was critical in negotiating and drafting a new vision and strategic plan, Agenda for the Third Decade, adopted by the council in 1991, and centered on the challenges posed by global environmental, economic, and technological change. This new focus brought IIASA into the post-Cold War world, and served as the foundation for discussions at the 1994 meeting of science ministers from all IIASA NMO countries. That meeting, which Bob also did much to organize, led to a renewed commitment to IIASA by the governments of its NMO countries.

As part of the advice and support Bob gave IIASA throughout his life, he also served as chair of the IIASA Council Program Committee, which helps to guide research direction at the institute, and continued his post on the US NMO Committee until 2003.

“IIASA as an institution, and its staff as individuals, owe him a huge vote of thanks for his leadership, vision, and achievements,” said IIASA Director General and CEO Professor Dr. Pavel Kabat.

Bob’s leadership of the US support for IIASA was part of a lifetime of leadership in the US scientific community. A graduate in geology and meteorology from Harvard and MIT, in 1970 Bob became the founding administrator of the US National Oceanic and Atmospheric Administration and later the first chairman of the World Climate Conference. From 1983 to 1995 he was also President of the National Academy of Engineering, overseeing the development of new methods of weather forecasting, leading to the World Weather Watch System.

Amid a host of other achievements and prizes, he was awarded the Tyler Prize for Environmental Achievement in 1992 and most recently, in 2014, he was honored by Congressman Frank R. Wolf for "groundbreaking contributions to the federal coordination of meteorology in the United States."

Bob will be sorely missed by all.

The History of IIASA

Scientific cooperation as a bridge across the Cold War divide: The case of the International Institute for Applied Systems Analysis